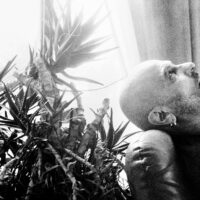 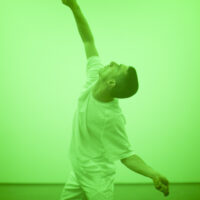 1789. The French Revolution entirely changed European culture and history, laying the foundations for the world in which we live. But what remains of it 230 years later? Elvira Frosini and Daniele Timpano, with the actor Marco Cavalcoli joining them for the first time, return to the REf with their sharp and ruthlessly ironic writing, ready once again to fathom and unmask the Western cultural apparatus with all its symbols and rhetoric, right into the heart of its founding myths. Past and present, French history and Italian history, modernity and postmodernity overlap on the stage in a journey aimed at putting our “democratic” lives and the imagery linked to the concept of revolution into crisis. Is a revolution still possible? And in what way? Or is it an old, twentieth-century relic that ended in another time and era?

Timpano / Frosini – Authors, directors and actors of the Italian contemporary scene, they have shared a common artistic path since 2008. In the numerous works produced in recent years, Frosini / Timpano appear on stage to defuse and deconstruct the narratives of History, embodying and analyzing the anthropological drifts of society, tapping into a vast material of varied references- from the academic to the popular-, which constitute our contemporary imagination and consciousness. Their texts bring to the scene a complex theatrical device in which the actors/authors are always in dialogue with the audience, themselves hovering between the embodiment of characters, contemporary and cultural mythologies, topoi of history, and the simple act of being on stage, putting its uncanny relationship with history and culture on the line, in a game of unsettling slips that mercilessly desecrate all rhetoric, not sparing even themselves. “Our dialogue is based on co-existence with the viewers, on what we share with you, here, today: the same hypocrisy, the same clichés, the same fears, the same neuroses, the same fate.”

A show by Frosini / Timpano

with the support of the Italian Cultural Institute of Paris, City of 100 stairs festival