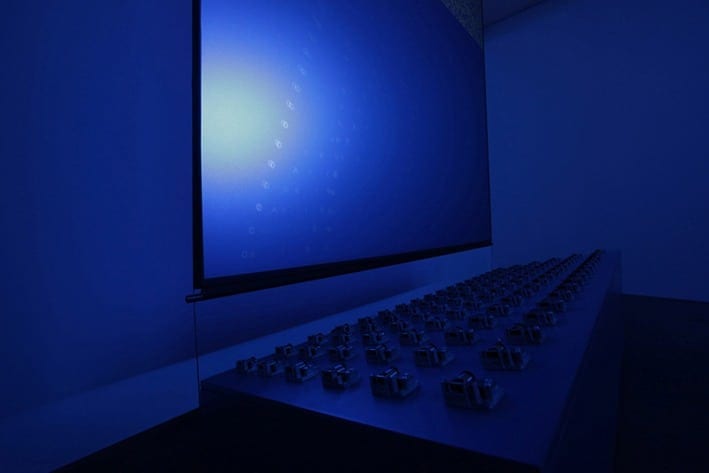 The image takes form from the movement of letters when typesetting a text. The sound is produced from various carillons (108) and each character corresponds to a musical note. Thus, as words and phrases are formed on the screen, they are accompanied by a singular musical composition. The entire installation is piloted by an IT system, databases and a command console. HeeWon Lee’s documentary-like approach deals with the concrete theme of child abandonment and orphans which has a powerful social value. The artist investigates how little space our society dedicates to these themes; through her installation, she creates a platform to give greater visibility to this issue by creating space in our everyday existences for these pressing, social issues.

Born in South Chorea in 1978, HeeWon Lee lives and works in Paris. She studied in Seoul and continued her education in Nancy (France) at the Ecole National Superieure d’Art since 2002; her studies ended at Le Fresnoy – Studio National des Arts Contemporains with a postgraduate degree. Heewon Lee is a multimedia artist who develops her work through a mixture of video, architecture, design, sound and installations.