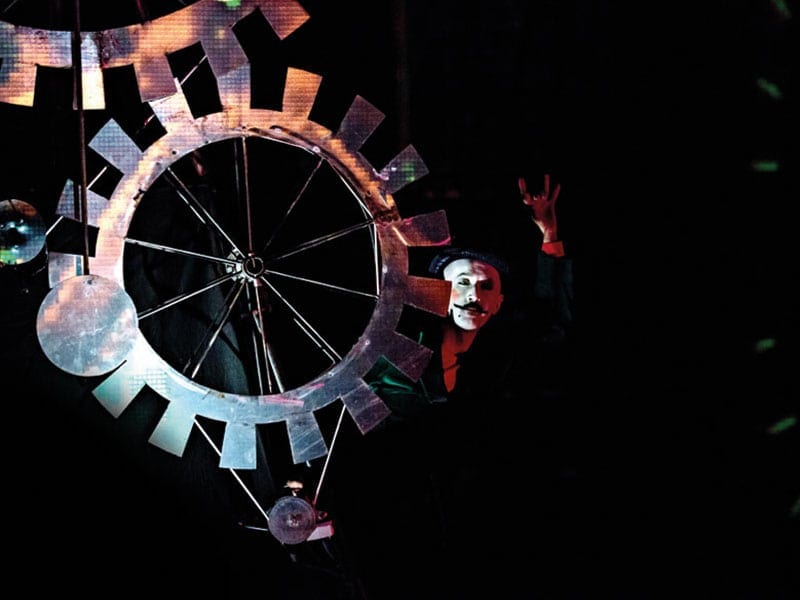 The work and study of Ondadurto Teatro have always focused on Physical Theatre, Nouveau Cirque and the gesture and the giving of life to a visual language with a substantial impact, to dialogue with people of all ages, ethnic groups and cultures, able to reach an international public.

In the show Meraviglia!, created for REf kids + family, children and adults alike are sent to reflect on a feeling that is undervalued all too often – the predisposition of the soul to be surprised by all it does not know. This characteristic is so marked in children and should be rediscovered by adults.

Setting out from this assumption, the company builds a dreamlike and surreal journey guided by a timekeeper and his watch-machine, a unique mechanism equipped with levers, buttons and knobs capable of producing different sounds. It is precisely through sound that Ondadurto invites the young spectators to open themselves up to great discoveries, to fulfil their desire to dance or to immerse themselves in the world of painting and cinema.