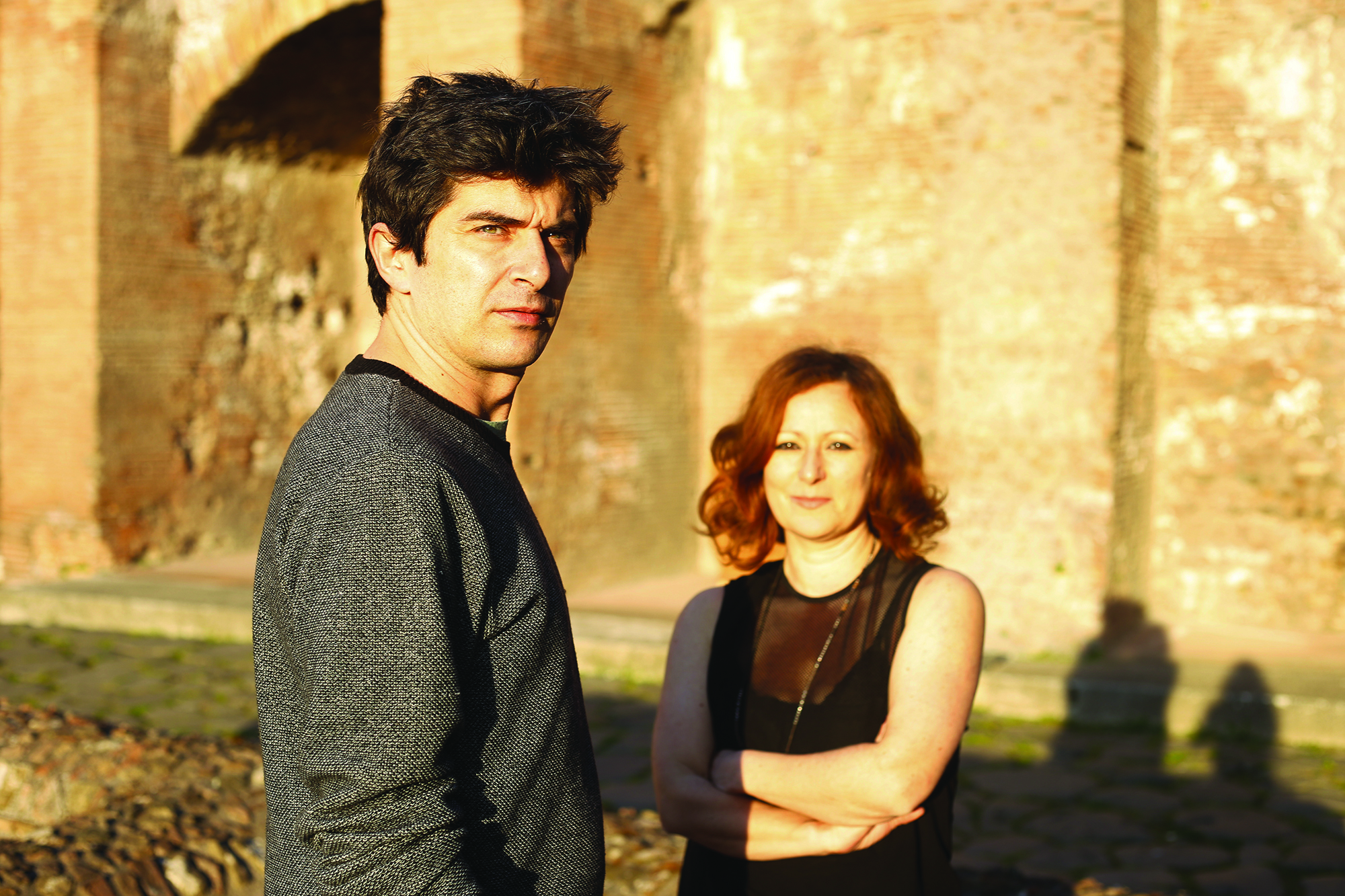 16,9 Km is a performance-concert built around the theme of the home as a space that embodies the symbolic concentration of human coexistence on our planet. The Bartolini/Baronio duo builds a path traversing the city of Rome, as a way to converse with contemporary art and as a means to gather- through encounters with its inhabitants- sounds, melodies and life stories. After visiting the Palazzo delle Esposizioni and Trajan’s Market, these very elements will return on stage to construct a musical narration that investigates in depth the meaning of the verb “to dwell”.

Bartolini/Baronio is an artistic formation born in 2009 in Rome, a result of the partnership between Tamara Bartolini and Michele Baronio. They share ten years of work within the company Triangolo Scaleno Teatro, directed by Roberta Nicolai, where they happened to participate in its various artistic productions, taking part in the creation of Teatri di Vetro Festival, OFFicINa, ZTL as well as other cultural events. They both explore authorial and actorial dimensions, working with writing, pedagogy and direction, with music and stage design. Since 2014 they have been sharing the productive path with the 369gradi. Starting with the project La Caduta_incontro tra artisti e territori (created in synergy with musicians, video makers and photographers) back in 2009, a partnership is born which will see them working together in all the subsequent productions including: the performance Tu_Two_due alla fine del mondo, a show based on the true story Carmen che non vede l’ora, the RedReading program, a sentimental and passionate journey between theater and literature for which, between 2012 and 2018 three seasons were created for 14 RedReading. They win the production prize Dominio Pubblico with Passi_una confessione which debuts in 2015 also in a radio version for the show Tutto Esaurito! on Radio3. Their latest work Dove tutto è stato preso, inspired by Correzione by T. Bernhard, wins the CURA 2017 call, debuting at Teatri di Vetro 2017 and winning the Visionari 2018 section of Kilowatt Festival. In 2018 they are among the winners of the Fabulamundi production support with a project from the text Tout entière by Guillaume Poix translated by Attilio Scarpellini, which debuts as Tutt’intera in 2019. The same year they create the performance Il giardino del tempo che passa under the project La città lontana by Triangolo Scaleno and debute alongside the project 9 Lune at Kilowatt Festival. In their artistic creations they are looking for a strong personal exhibition, an in-depth work on individual and collective biographies, which specifically intertwines musical poetry, in a dialogue-concert between words and music, between artists and territories.