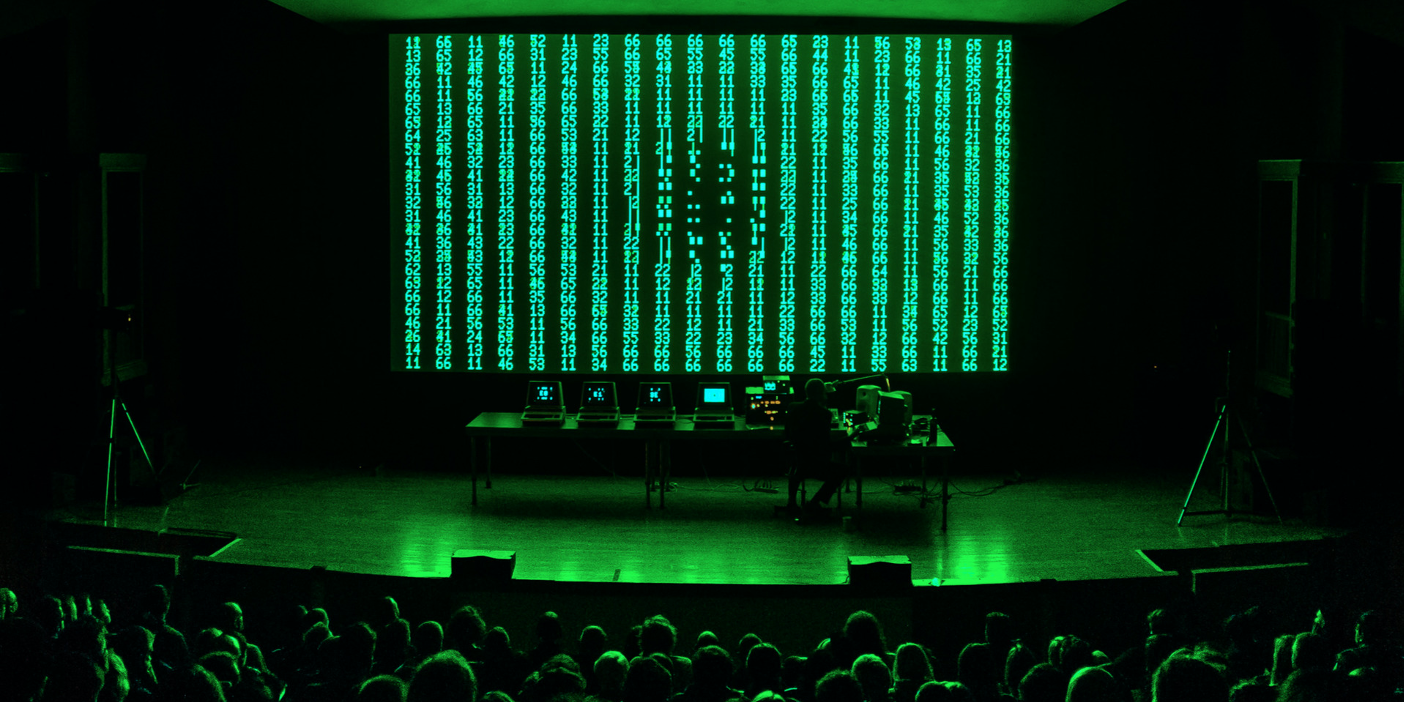 The German musician and artist, inventor of the Ableton Live software, brings on stage five Commodore CBM 8032s in order to explore the beauty of graphic art and sound, using computers from the early 1980’s. Carefully restored and with new customized software developed by the artist and his team, the machines perform by radiating their own “groove” and visual appeal, consisting of errors, low resolution, scattered clips and beeps, with three computers for the sound, one for the visuals, a fifth to coordinate the group, while a projection on the back of the stage reproduces the output of the video terminals. Robert Henke has the task of directing this form of “Back to the future”.

Robert Henke – He is a composer, artist and software developer, mainly known for his contributions to electronic music and for his laser creations. His audiovisual installations are based on self written software and explore the fragile balance between determination and chance operations to create complex behaviours and endless variations in expression. His musical work oscillates between ambient, contemporary music and club. His long term project Monolake became one of the key icons of a new electronic club culture emerging in Berlin after the fall of the Wall. He is one of the main creators of Ableton Live, a type of software which became the standard for music production and completely redefined the performance of electronic music. He writes and lectures about the creative use of computers and has held teaching positions at CCRMA/Stanford University, at IRCAM, and the Studio National des Arts Contemporains – Le Fresnoy, in Lille, France. His works have been presented at Tate Modern in London, Centre Pompidou in Paris, Palazzo delle Esposizioni in Rome, Le Lieu Unique in Nantes, PS-1 in New York, MUDAM in Luxembourg, MAK in Vienna, Palazzo Grassi in Venice, Art Gallery of New South Wales in Australia, KW Institute for Contemporary Art in Berlin, STRP Biennale in Eindhoven, and countless festivals including Unsound, CTM, MUTEK, Sonar and New Forms Festival.