monumental
with live music by Godspeed You! Black Emperor 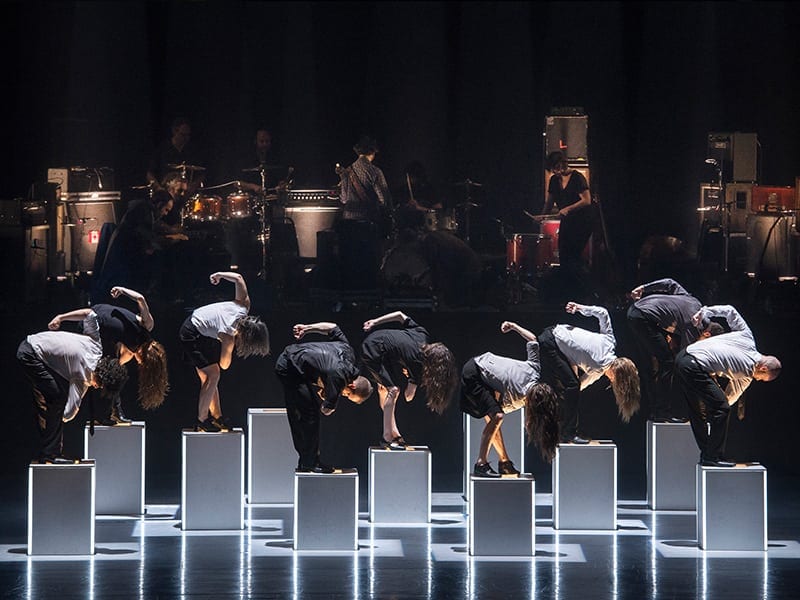 Imagine a complete fusion of rock music and choreography. First performed on stage in 2005, monumental represents the peak of the artistic career of The Holy Body Tattoo, the company founded in 1993 by Dana Gingras and Noam Gagnon and that earned a place in the history of dance with its reckless rock experiments aiming to reveal the secrets of the human mind.

An ambitious production constructed around the notes of F?A??, and the first album by compatriots Godspeed You! Black Emperor, which is today considered among the most representative groups of the international post-rock scene. Ten years later, The Holy Body Tattoo will be once again performing monumental in a world-wide tour, including music (some of which never-before-heard) from the cult band’s live performances.

Nine dancers dressed for the office, each isolated on their own pedestal, dialogue with the cutting sound of five guitars, two drum kits and a violin, describing the chaos of the modern world. This exploration of contemporary alienation is supported by the texts by American artist Jenny Holzer, who in the series Living (1981) analyses the daily tram-tram of human life.