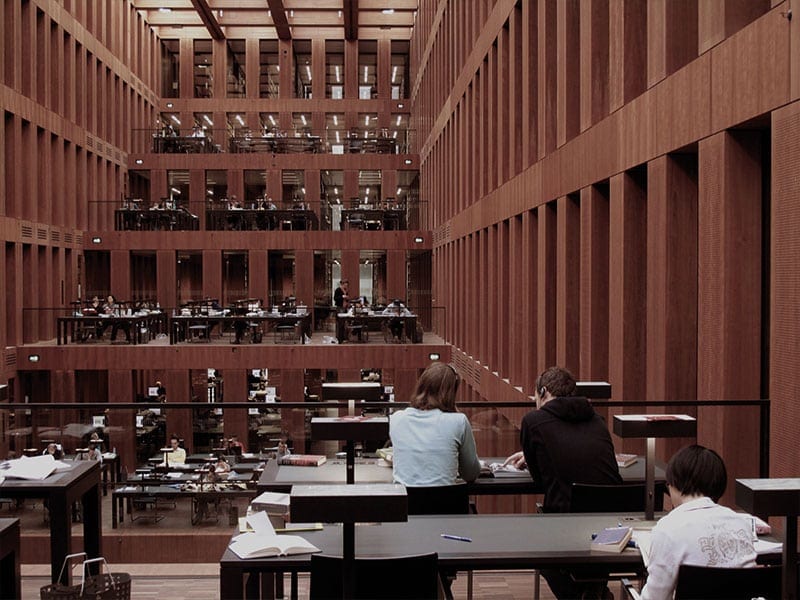 Having already partaken in the Festival with his company Forced Entertainment, Englishman Tim Etchells returns with a preview that serves as the ideal bridge between Short Theatre and Romaeuropa. Created in collaboration with Ant Hampton, The Quiet Volume is a whispered and hidden performance that, involving two people at a time, seems to self-generate in the unique tension of a library.

Indeed, it is this space, with its combination of silence and concentration, which nourishes the particular project of the two artists, in which two members of the public/participants sit side-by-side and, starting from the ideas offered by written and whispered words, construct an improbable path of knowledge and relationship.

The Quiet Volume is camouflaged in the flexible and orderly environment of each library, and, using its regulations, explores the subjective experience of reading, allowing our emotions to appear in a shared space to meet – silently and anonymously – those of another unknown reader.

The books available for the Italian performance are:

The Notebook, The Proof, The Third Lie: Three Novels by Agota Kristof
Blindness by Josè Saramago
When We Were Orphans by Kazuo Ishiguru
City Scapes by Gabriele Basilico

After your registration, you will receive an email to pick the book you’d like to consult and in which language, Italian or English.