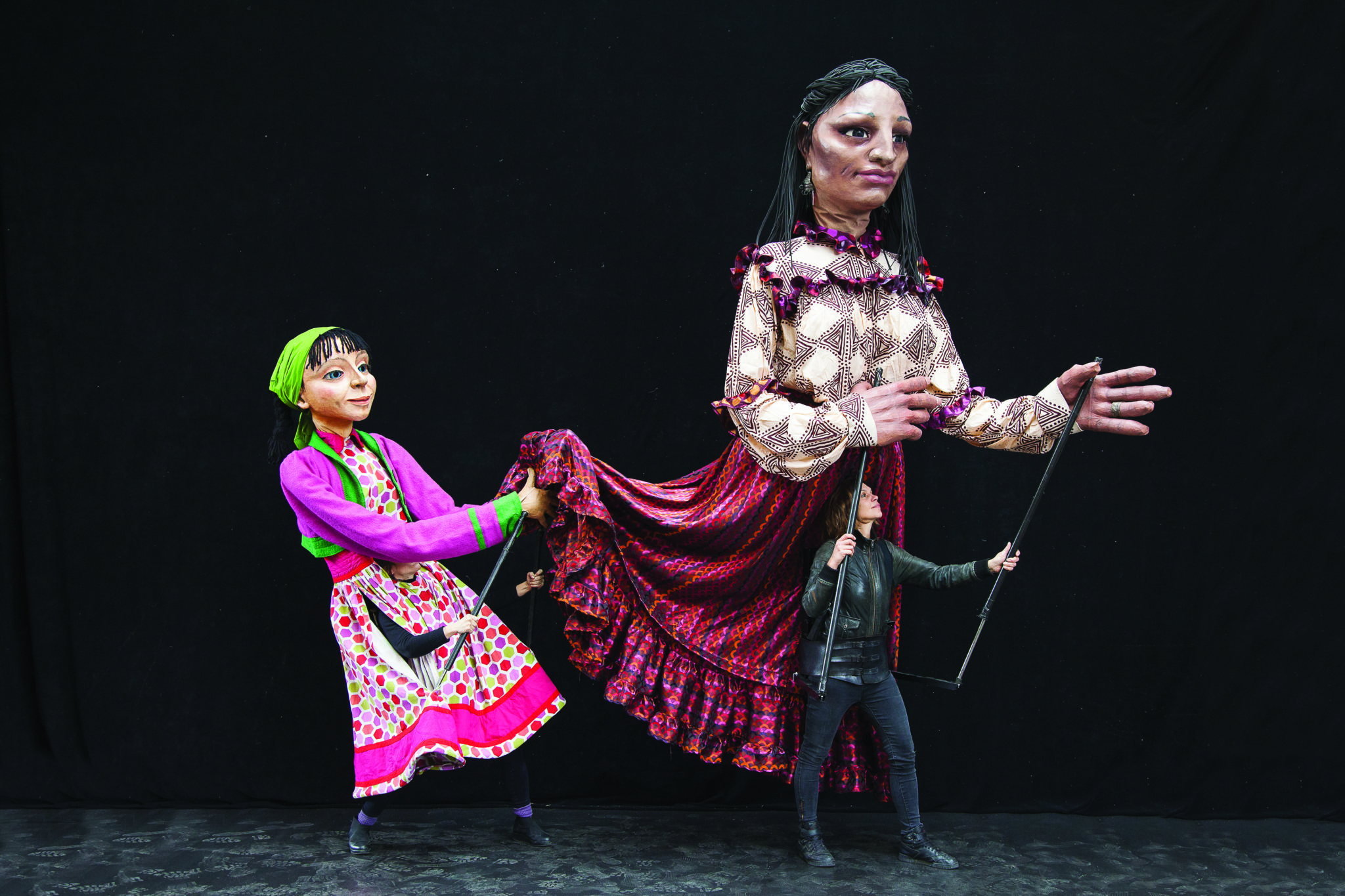 French company Les Grandes Personnes invades the spaces of Testaccio with its giant puppets that are up to 4 meters high. Built from humble materials like papier mache and inspired by the crafts of Mexico and Burkina Fasso, street art, collage and art history, these huge toys will become the protagonists of the inaugural parade of the new edition of REf Kids, in a journey inhabited by their stories and in continual dialogue with the public.

Born in 1998, Les Grandes Personnes association has practiced collective creation and the manipulation of giant puppets under every horizon, in Burkina since the year 2000 and in Chili as of 2008. Its residencies have led to the creation of many street performance companies all over the world. Driven by the desire to bring visual arts to public spaces, but also to develop narratives and theatrical events, the collective has multiplied collaborations with actors, musicians, choreographers and writers around performances that mainly take place outside, on diverse scales, from the tiny santon figurines of The Yellow Line, to the statuettes of the Ancestors and the huge characters of The Giants’ Feast, exploring new interactions between performance and audience, of which collaborative workshops are one of the methods.