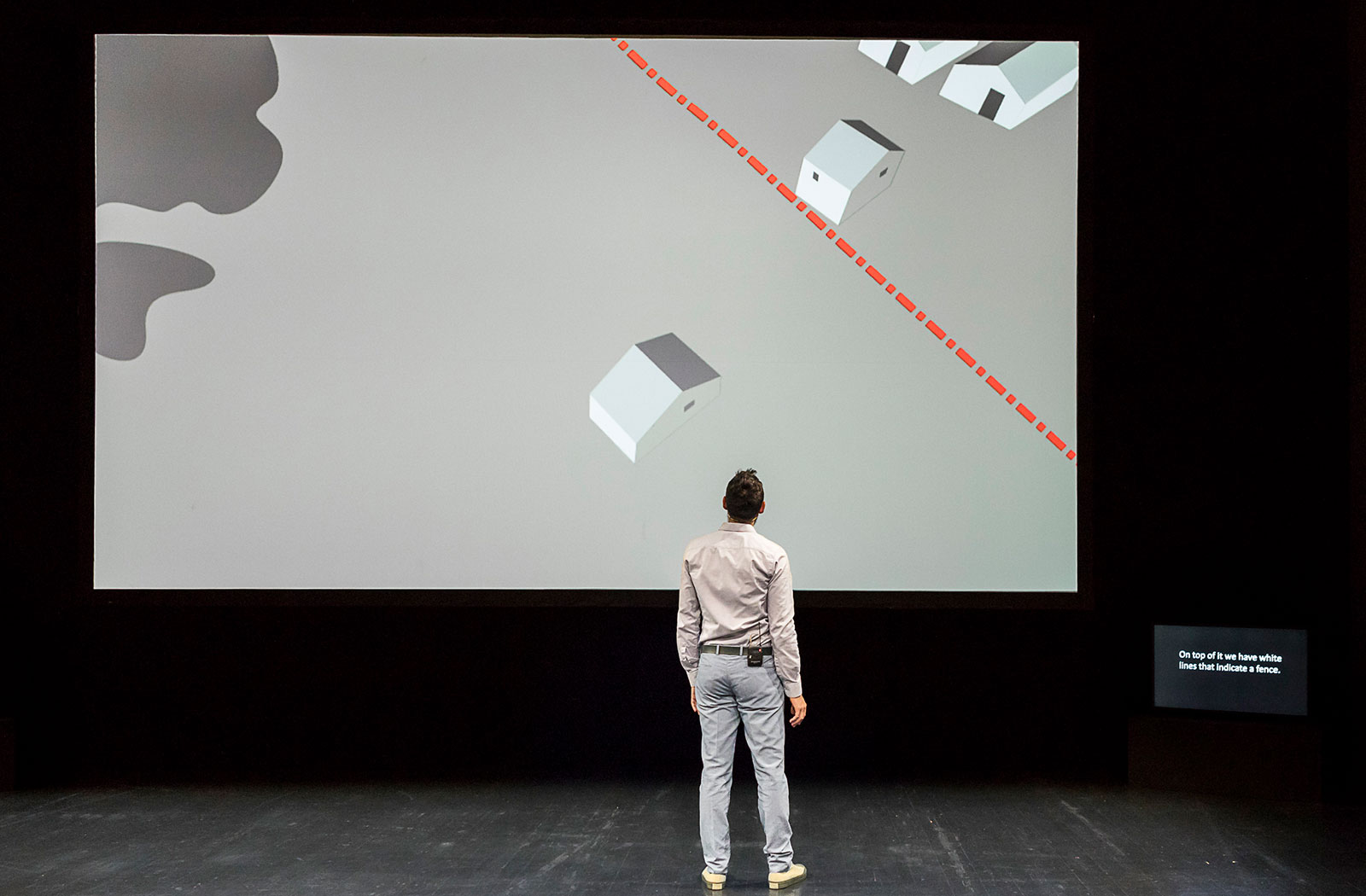 Between 2008 and 2013, fourteen institutions from ten European countries collaborated in the development of an experimental project, funded by the EU, on the defense of borders through autonomous robotic units. The project was called “Talos” (Transportable Autonomous Patrol for Land bOrder Surveillance) referring to the bronze giant given by Zeus to his lover Europe in order to defend the borders of Crete as the story appears in Apollonio Rodio’s Argonautiche. Choreographer and director Arkadi Zaides brought together a team of playwrights and video artists to analyze the cultural implications of this project and the possibilities of movement on the boundary lines. His hyper-technological scenic concept invites the viewer to discover real and fictitious documents, builds a continuity between past, present and future and narrates the evolution of tools of control in a world that has replaced gods with algorithms.

With the participation of DICRéAM