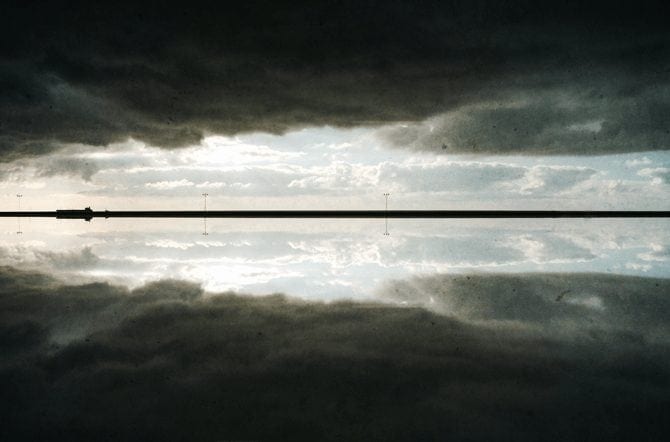 Romaeuropa Archive Festival 2015 Across the line

‘Across the line’ is the result of a meeting between a singer-songwriter and two video artists, who together give life to this performance of music and image. Devised by Rhò, Daniele Spanò and Luca Brinchi, it suspends time and space in a contemporary context. Rhò is an eccentric musician who blends a folk atmosphere with digital electronics. Over the past few years, he has come to prominence with his ‘homemade’ albums: his highly expressive works are literally created within the four domestic walls. One of his works, ‘As You Hope’, was recently chosen by Ridley Scott to publicize the TV film ‘Killing Kennedy’. Rhò and video artist / director / curator Spanò share an interest in each other’s work. Rhò has always been fascinated by the visual arts -in particular by video- while Spanò is intrigued by the world of sound: in fact, he has made use of various kinds of noise in his art works and installations. For this new work Rhò and Spanò are joined by Luca Brinchi of the Santasangre theatre collective, who is known for creating entire virtual environments for non-conventional works where music has a central role. In ‘Across the line’, the three artists deal with the issue of time, and its suspended, plastic qualities. The duration of a moment is relative, changing according to individual perceptions. Sound and visual elements are presented as an unending flow, intertwining and merging in an abstract and transcendental dimension. Rhò has also worked with a string ensemble for several years, and their presence adds to the charm of the show, their music forming a bridge between the singer-songwriter’s electronic folk and the concrete images of the Roman video artists.