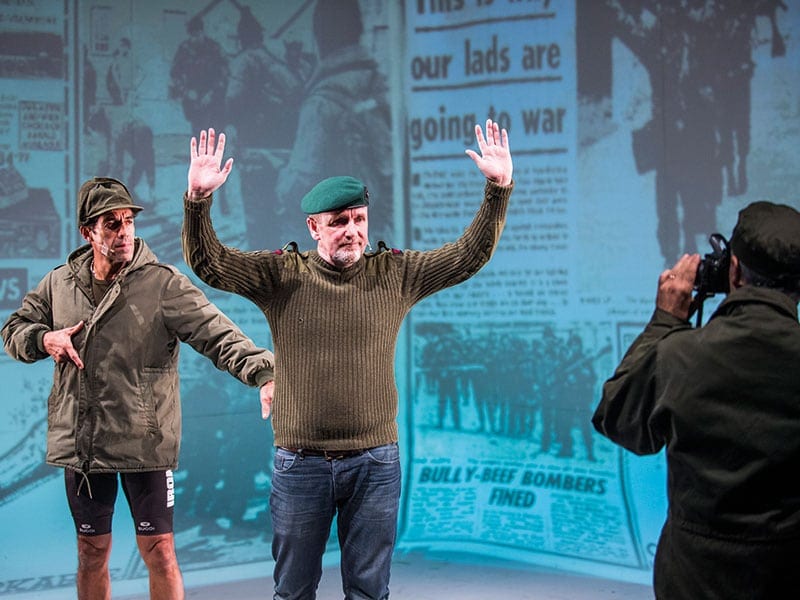 Born in Buenos Aires, Lola Arias has developed her artistic career by seeking to surpass the frontier that separates reality from her representation, the biographical discourse from artistic fiction, personal memory from collective recollections. Writer, director, filmmaker and performer, the artist constructs her works starting from the human encounter between apparently different people, transforming their dialogue into an instrument of poetic inquiry on historical or topical subjects.

MINEFIELD brings Argentine and British veterans of the Malvinas War together to explore what has remained in their heads, thirty-six years later. The theatre is a film set or a time machine that takes us back to the war to reconstruct the memories of its protagonists – Lou Armor, Rubén Otero, David Jackson, Gabriel Sagastume, Sukrim Rai, Marcelo Vallejo. Survivors and heroes, victims and enforcers.

What do these men have in common? And what is a veteran? MINEFIELD is the story of more personal wars, to remember and narrate solitary combat and the mark that it has left on history and on the lives of those who experienced it.