One of the Few Moments II 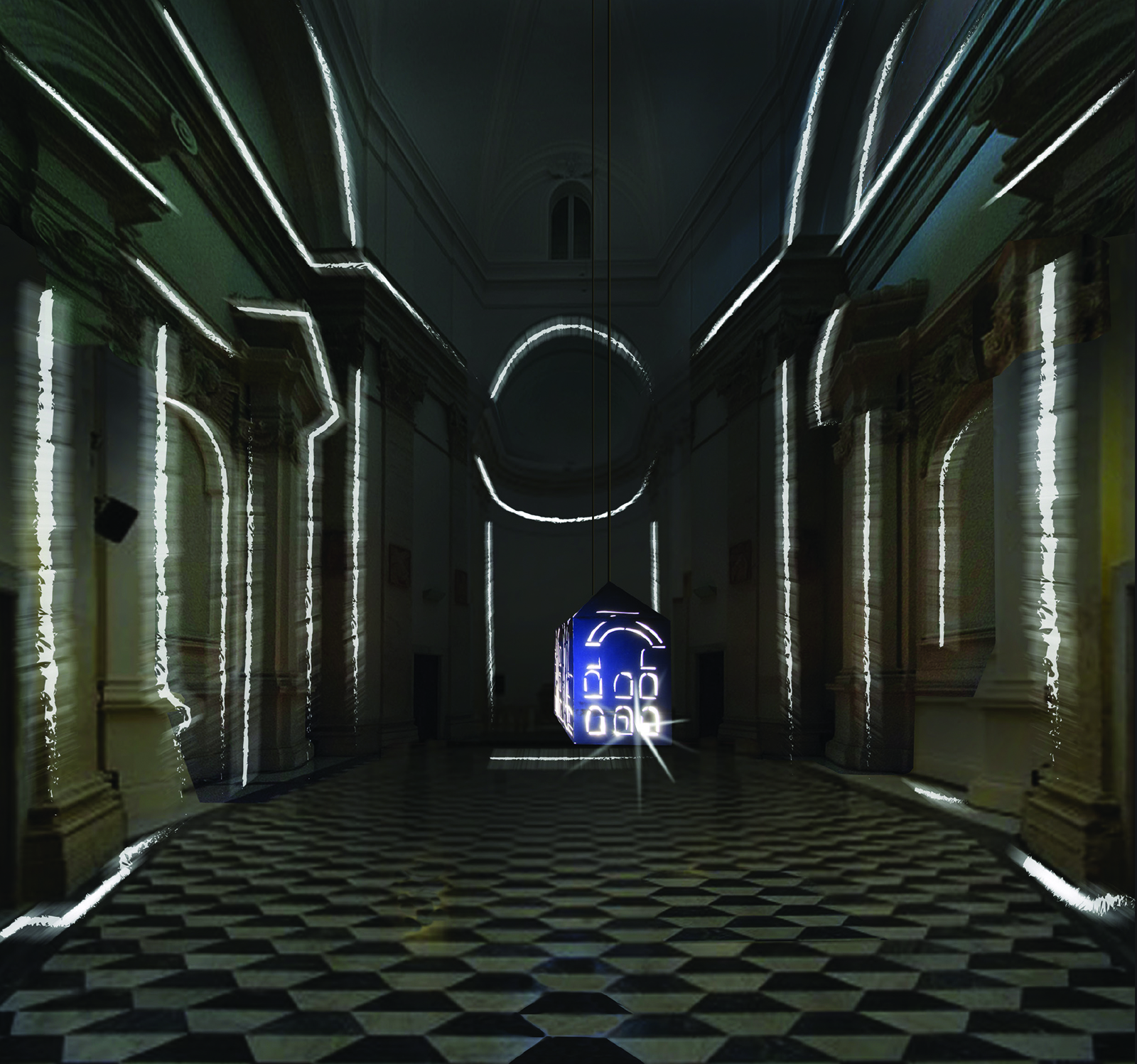 Romaeuropa Archive Festival 2019 One of the Few Moments II

One of the Few Moments II is a site-specific work created by Hungarian Gyula Vàrnai for the Sala Santa Rita in Rome. The artist, known for his large-scale installations built as immersive environments, uses the architectural lines of the suggestive Roman space and alters them through the use of light. An internally illuminated model of the Sala Santa Rita oscillates and projects borders, windows, pillars and arches of light on the actual structure of the former church. Two architectures overlap, one symbolic and the other concrete, transforming the space into a phantom ship in perpetual motion.

Born in 1956, Kazincbarcika (Hungary). Gyula Várnai’s influential practice is associated with a group of Hungarian neoconceptual artists who came to prominence in the 1990s. Known widely for his large scale installations, Várnai’s background in mathematics and physics informs much of his practice. Várnai’s works navigate along the fine line between the artistic and the quotidian, using everyday materials to create striking assemblages. His work has been shown widely in exhibitions across Europe and the United States. Recent solo and group exhibitions have been held in Budapest, Paris, Istanbul, and Cologne. Gyula Várnai lives and work in Dunaújváros, Hungary.

Jan Fabre
The rhythm of the brain