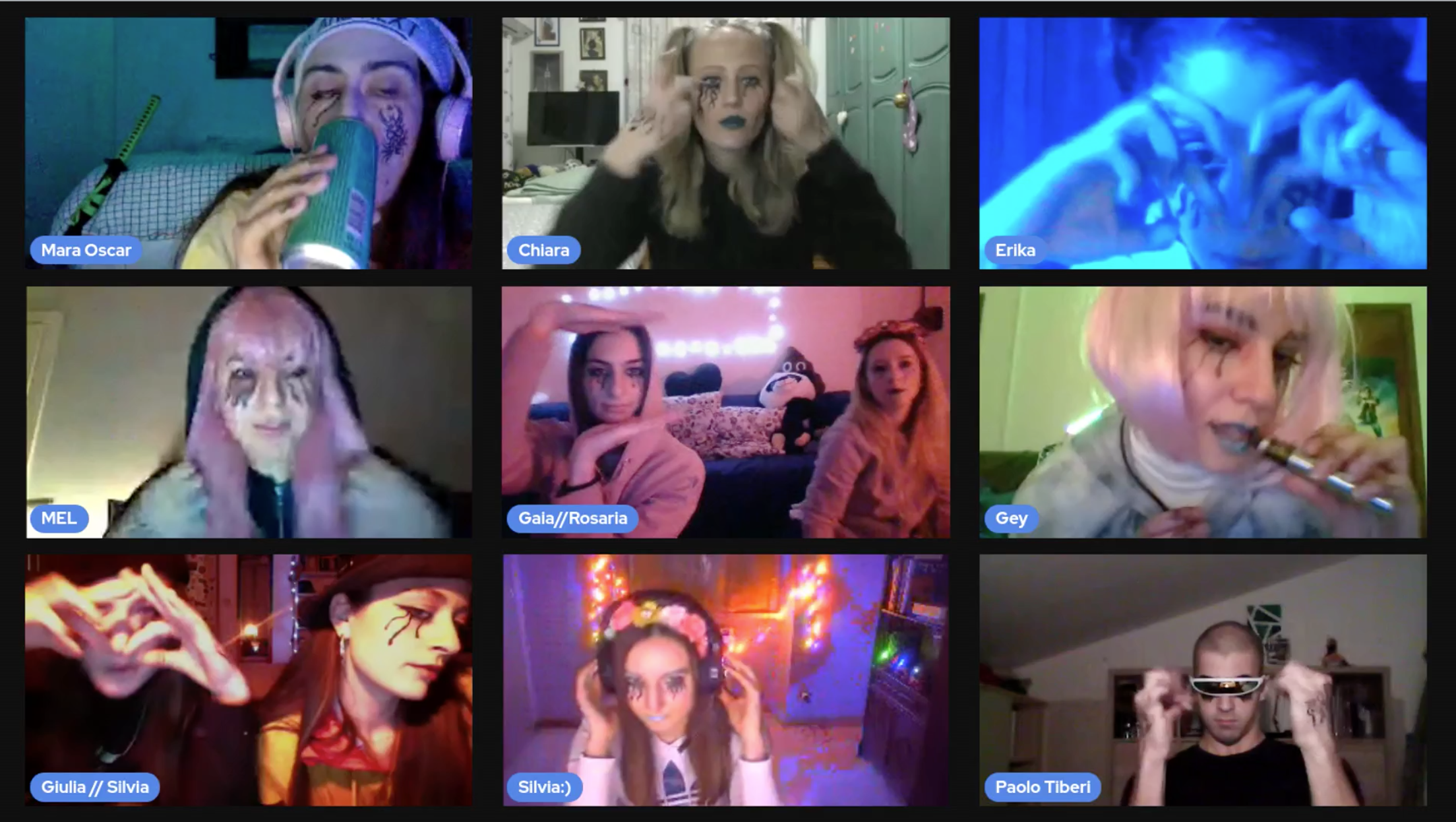 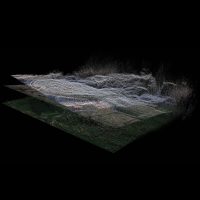 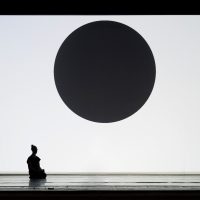 Wi-Fi based artist, Mara Oscar Cassiani has built her aesthetic code using the cultural expressions of the web with its languages ??and its contradictions within a choreographic point of view.  Her idea of ??performance moves from real stages to online performance, with a nod to net art using GIFs, Meme and capitalism icons.  La Fauna 2k20 – I Am Dancing in a Room follows the life of micro-choreographies on the net: «The gesture on the net is now a choreography that has never end, performative expression of millions of users. The gesture wanders mimesis from one room to another, often without any variation apart from its new habitat: the body of the performer and the room that hosts it». I Am Dancing in a Room brings together on the same monitor a series of performers and friends of the artist, who perform a choreography for webcam. This visual flow is accompanied by alien aquatic landscapes, floating stickers, avatars, motivational statuses, as if the virtual world could blossom and exist as a form of online life.

Mara Oscar Cassiani, wi-fi based artist working in the performance, choreography, new media is an Italian artist working in the realms of performance, choreography and new media. Her research is focused on creating a contemporary iconography, where new rituals and languages stem from the Internet, brutal capitalism and society of Desires. The relationship with her audience at large is explored via those visual imageries, soliciting its awareness of the discontinuity between media streaming and the users’ consciousness.