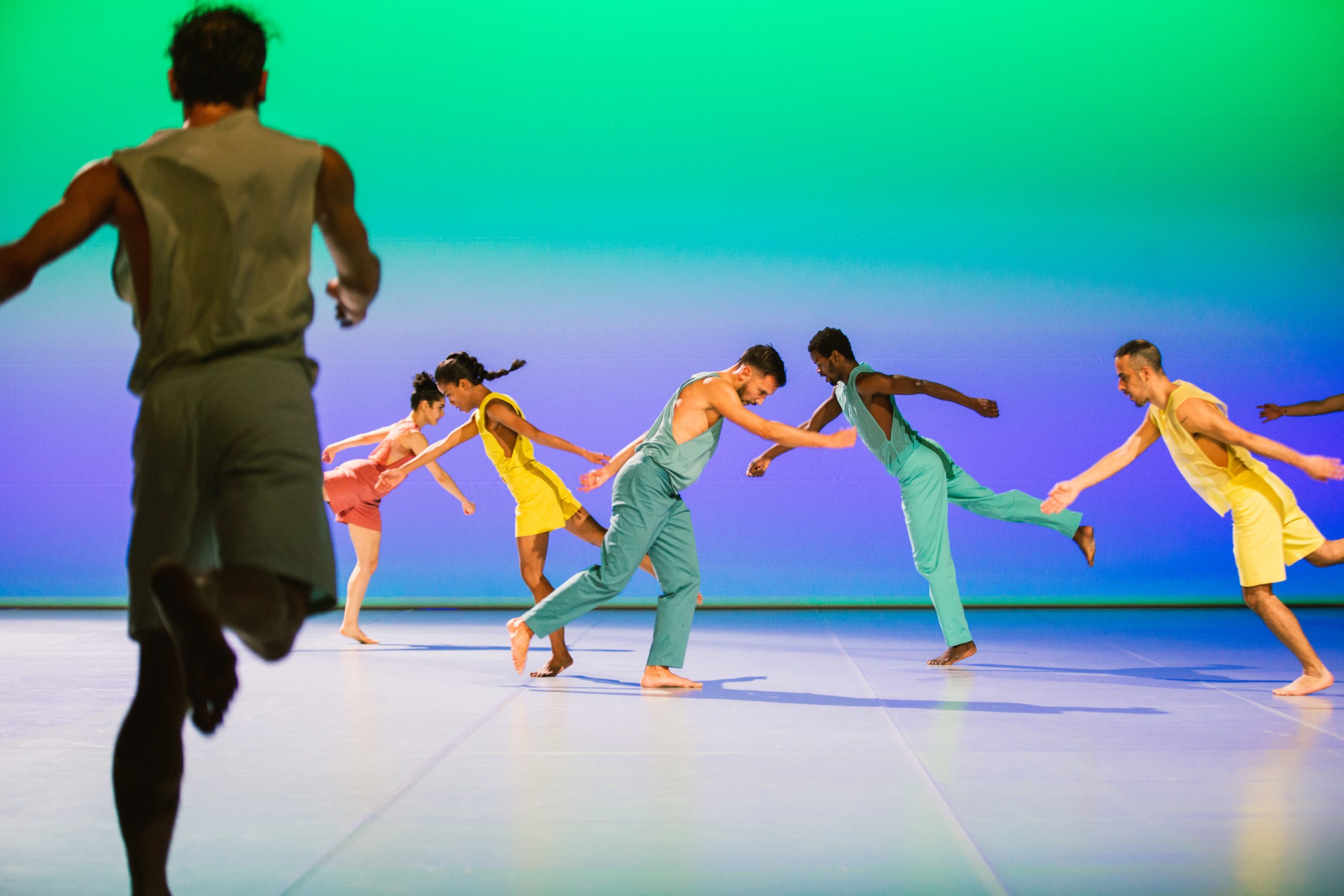 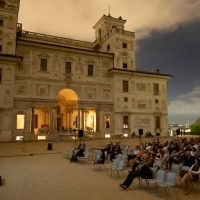 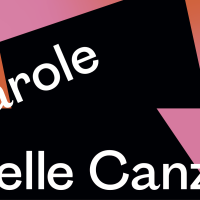 The artistic fusion of genres, dedicated by REF 2022 to the dialogue between contemporary dance and the fathers of minimalism, continues with another special guest: the great German choreographer Sasha Waltz returns to the Cavea of the Auditorium Parco della Musica to confront In C by American composer Terry Riley performed live by 12 musicians from Ensemble Casella – Conservatorio “A. Casella” de L’Aquila. Considered to be the first piece of minimalist music (1964) and a milestone in the history of music, In C represents for Waltz and his Company the starting point from which to develop a variable and potentially infinite choreographic structure, characterized by nuanced and enveloping colours, gradually hypnotizing the viewer. The piece represents a challenge, through which Sasha Waltz & Guests seek to explore-in this post-Covid era-the potential of a flexible artistic production to which international exchange is integral. Not surprisingly, the movement phrases that make up the final work were also recorded as video tutorials to allow dancers from all over the world to learn the choreography in view of an upcoming global sit-in.

Sasha Waltz is a choreographer, dancer and director. She studied dance and choreography in Amsterdam and New York. Together with Jochen Sandig she founded the company Sasha Waltz & Guests in 1993 and was cofounder of the Sophiensaele (1996) and the Radialsystem (2006), two spaces for performing arts in Berlin. From 2000-2004 she was a member of the artistic direction of the Schaubühne am Lehniner Platz. In the season 2019/20 Sasha Waltz was director of the Berlin State Ballet together with Johannes Öhman. The development of innovative, interdisciplinary forms of performance and creation is an important focus of her artistic work, which ranges from internationally renowned dance pieces such as the »Travelogue« trilogy (1993-95) or »Körper« (2000) to choreographed operas (e.g. »Dido & Aeneas«, 2005) and exploratory dialogue projects (e.g. »Dialoge 09 – Neues Museum«). In her current choreographic work Waltz concentrates on the condensation of collaborative processes, such as the synchronous development of choreography and music (e.g. »Kreatur«, 2017). At the same time Sasha Waltz is committed to the transfer of dance knowledge and dance as a medium of social and socio-political understanding. She is a member of the Academy of Arts Berlin since 2013. In 2021 Sasha Waltz was awarded the French cultural order »Commandeur de l’ordre des Arts et des Lettres«

with the support of