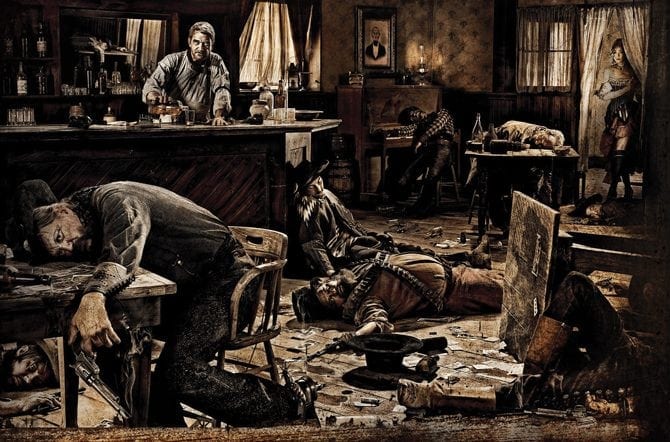 The theatre company Carrozzeria Orfeo makes its debut at Romaeuropa Festival with a show entitled ‘Animali da bar’ (Café Animals). The action takes place in a coffee bar, the haunt of a suburban area populated by a large Chinese community. The café is frequented by some odd regular customers: a sick and racist old man, an Ukrainian woman who lends her uterus and carries other people’s children, a hypochondriacal small businessman who runs a funeral parlour for pets, a Buddhist who suffers acts of violence from his wife, a paranoid who burgles the houses of the dead, an alcoholic writer compelled to write a novel about the Great War. Founded by Gabriele Di Luca -director, playwright and actor- and Massimiliano Setti -co-director, actor and composer of the original music of the shows- the theatre company Carrozzeria Orfeo has established itself on the Italian scene with works that are not afraid to face up to the reality of the 21st Century and turn it into theatre. The name of the company refers to the hard work carried out by automotive body repairers as well as to Orpheus’ divine and dreamlike inspiration. It is not surprising, then, that their theatrical work is informed by techniques borrowed from comics and cinema, and is characterized by the strong physicality of the actors. Their shows belong to a genre that the critics have defined as “neo-ironic”. Since their debut back in 2007 with ‘Nuvole barocche’ (Baroque clouds) as well as in their most recent works, ‘Idoli’ (Idols, 2011) and ‘Thanks for vasellina’ (Thanks for Vaseline, 2013), tragicomedy is the medium they feel more at ease with. In ‘Robe dell’altro mondo’ (Stuff from another world, 2012), aliens landed on Earth because, as the radio announced: «In this moment of profound social crisis in our country, they come to bring us hope. In fact, they have already gotten down to work…». The characters in ‘Animali da bar’ fool themselves with their own disenchantment. They seem to be queuing at a cashier’s desk, waiting to cash in their share of fortune. They feel entitled to obtain it, but will it ever come?