ODE TO THE ATTEMPT (a solo for meself) 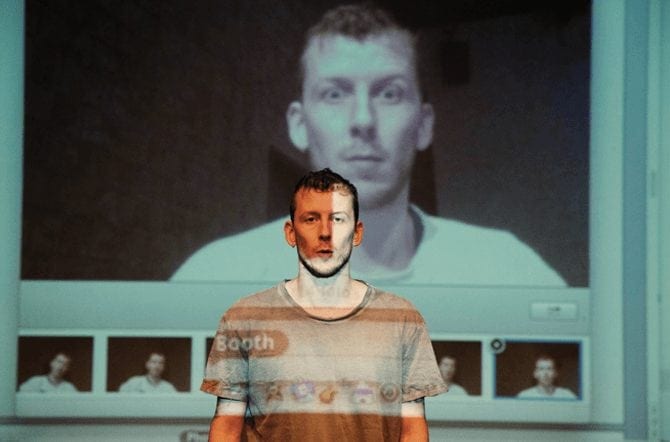 Jan Martens is a Dutch choreographer of Flemish descent, and a curious, acute observer of our time. In 2014 he choreographed a solo for himself entitled ‘ODE TO THE ATTEMPT’, which in fact was a nostalgic attempt to expose his interior world to the exterior gaze.
After ‘The Dog Days are Over’ (2013), an almost dogmatic piece for eight dancers, this new solo is for Martens like a homecoming, a free place where he can look at himself and the society in which we live. Martens proceeds by trial and error and gives life to a sort of collage-like self-portrait of his way of working and living. By doing so, he brings on stage his own generation, young men and women whose smartphones and computers are extensions of their own bodies and their way to communicate. The information, the knowledge, and the ‘ODE TO THE ATTEMPT’ is a 2.0 piece, where everything exists and is communicated through virtual manipulation, but it is also an ode to movement, to extreme melancholy and humor. In this choreographic space, Martens moves freely with simple and clear-headed gestures. Jan Martens trained at the Fontys Dance Academy in Tilburg and graduated at the Artesis Conservatory for Dance in Antwerp in 2006.  Since 2013, thanks to his clear-headedness and physical intelligence, he has been artist in residence at the International Choreographic Arts Centre ICK Amsterdam and at the Tanzhaus nrw Düsseldorf, where instead of creating a new movement language, he molds and recycles existing movements and places them in a different setting, so that new ideas can emerge.