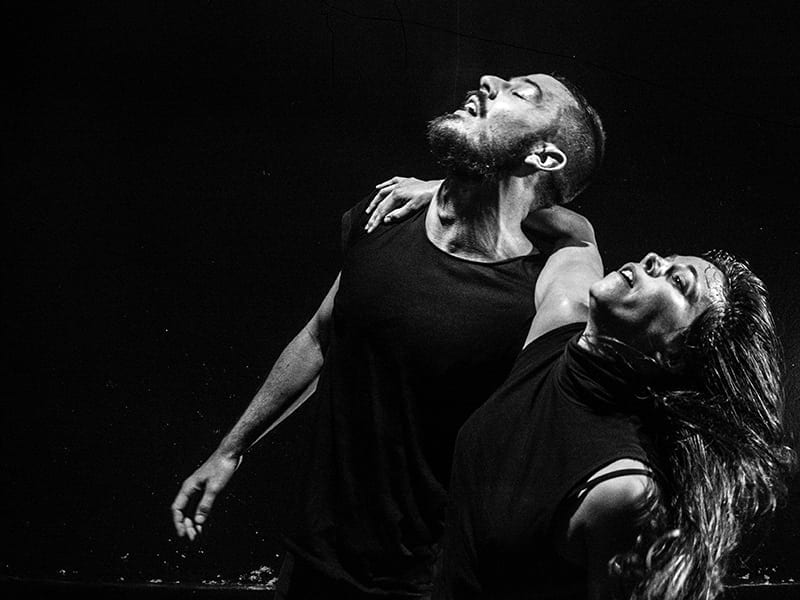 A desecration of one of the foundation stones of western choreographic and musical culture, or a celebration and ode to it, reducing it to its bare bones, unfolding it as a pure pulsating rhythm in everyone’s imagination.
Ravel’s Bolero is not an untouchable monument but something that belongs to each of us.

Starting from this assumption, Spanish choreographer and dancer Jesús Rubio Gamo (born in Madrid, 1982) presents a short (fifteen minute) piece where two dancers (Clara Pampyn and Alberto Alonso) abandon themselves to the famous melody, creating a rowdy and potent choreography. In the background, time passes undisturbed, letting ancient memories float to the surface.

Trained between Madrid and London, Jesús Rubio Gamo, presents his performances at national and international festivals and within unconventional spaces such as museums or urban spaces. Selected by Aerowaves 2017, his BOLERO is a true hymn to dance and movement, a work of encounter with each other and resistance, a reflection on the labile boundaries that separate lightness from seriousness, pleasure from fatigue. A fight against time, to the point of breaking.