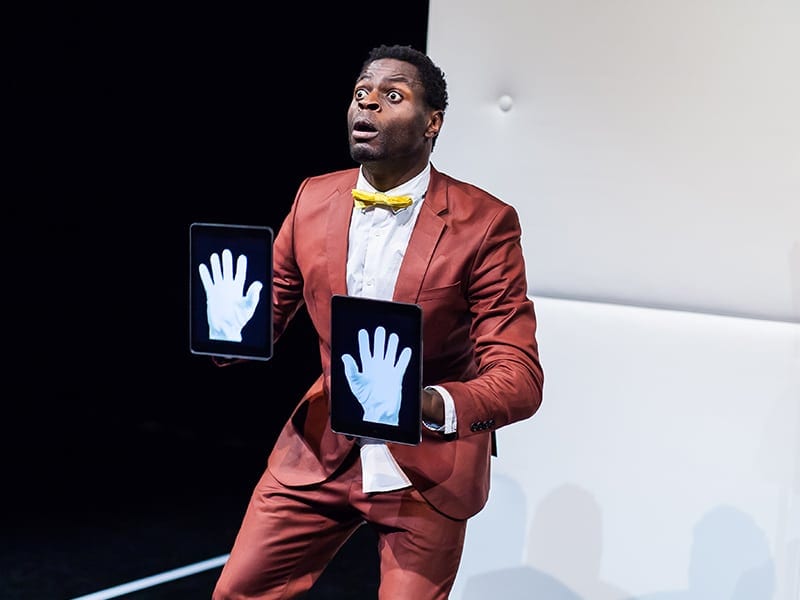 iPads and mobile devices have become a tool of everyday use starting from an early age. But what is our real relationship with these technologies? Are we sure we control them, or are they controlling us? And how we can use them creatively?

Directed by René Geerlings and appearing for the first time at Romaeuropa Festival for REf Kids, BonteHond is very confident: as the artists themselves define it, iPet is a “three-dimensional show with adorable devices.” On the stage, two fun entertainers strive to surprise the audience with their magic tricks, from animal-shaped balloons to real bananas extracted from the screen of an iPad. But the devices turn out to be impudent pranksters, and attempt to sabotage the whole performance.

With their shows made of magic, music and movement, BonteHond has created a type of theatre that has gained international renown for its artistic qualities. Both hilarious and hypnotic, iPet invites young viewers to look at things in a new way and experience theatre and new technology in person.