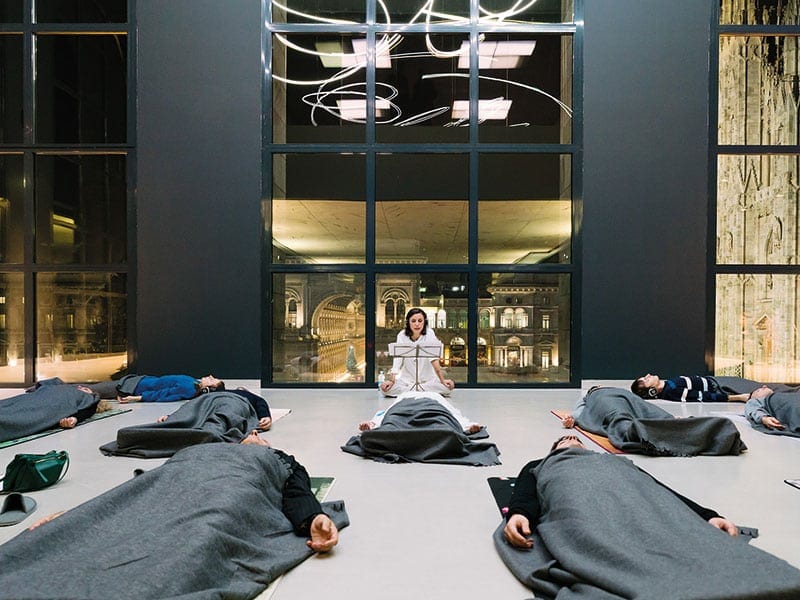 The Cool Couple is an artistic duo established in Milan in 2012 on the initiative of Niccolò Benetton (1986) and Simone Santilli (1987). Their works range from different artistic forms – photography, the construction of meditation rooms – and are often flanked by intensive research and teaching activities.

Karma Fails is the first chapter of Turbulent Times. Nothing Happens in Nice Weather, a path built around the Anthropocene debate. The duo seeks to go beyond the apocalyptic and mainstream rhetoric of the end of the world, focusing attention on the human being, humankind’s condition and power. To do so, concentration falls on the practice of meditation, transforming it into a source of infinite and renewable energy or the starting point for critical thinking.

Is it possible to create a meditation experience able to deconstruct the visual and pervasive stereotypes of capitalism in the Anthropocene epoch? The public is invited to enter a fake meditation studio titled Meditation is Visualization to try to generate a viral and participatory process of visual analysis.