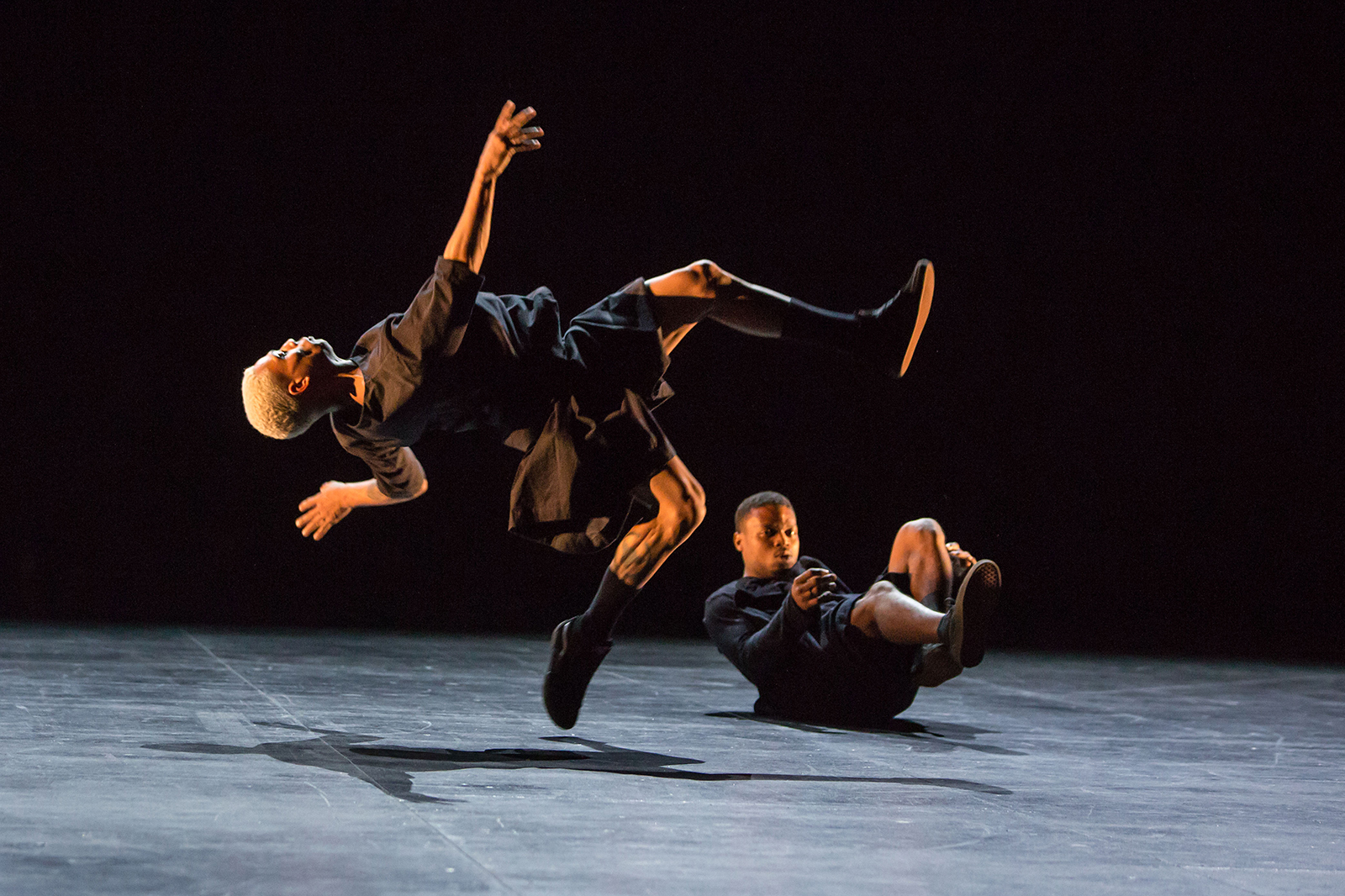 Removed from its context, deconstructed and reconstructed in its forms,the Hip Hop of Bruno Beltrao and his company Grupo De Rua embodies all the rigour of contemporary dance. INOAH, the latest creation by the Brazilian choreographer, sets ten dancers on stage to perform a fascinating choreographic composition, inspired by human relations and their poetry. Abstract yet strongly rooted in urban cultures, energetic yet at the same time sweet and reflective, this choreographic practice is fascinating in its strength, precision and mastery.

Bruno Beltrão (born 19 September 1979 in Niteroi) is a Brazilian choreographer who has worked since 1996 with his Grupo de Rua (GRN). He uses urban dance styles in the context of conceptual theatre and has mixed various influences, including hip hop, to form abstract choreographic landscapes. At the age of 13 years, he began to dance in matinees in his hometown, where he started his unexpected relationship with hip hop. In 1996, at age 16, he created the Grupo de Rua de Niterói with his friend Rodrigo Bernardi. In 2001 the duet piece From Popping to Pop debuted at the Duos de Dança no Sesc, in Copacabana. This piece was Beltrão’s official debut on the contemporary dance scene in Rio de Janeiro. It was also a turning point in the career of the choreographer, who started to develop a personal vision for the dance he has been doing. At the end of same year, Rodrigo Bernardi left the company and Bruno assumed the direction of Grupo de Rua. Since then he has choreographed Too Legit to Quit (2002), Telesquat (2003), H2 (2005) and H3 (2008). With Inoah (2018) He arrives for the first time at the Romaeuropa Festival.