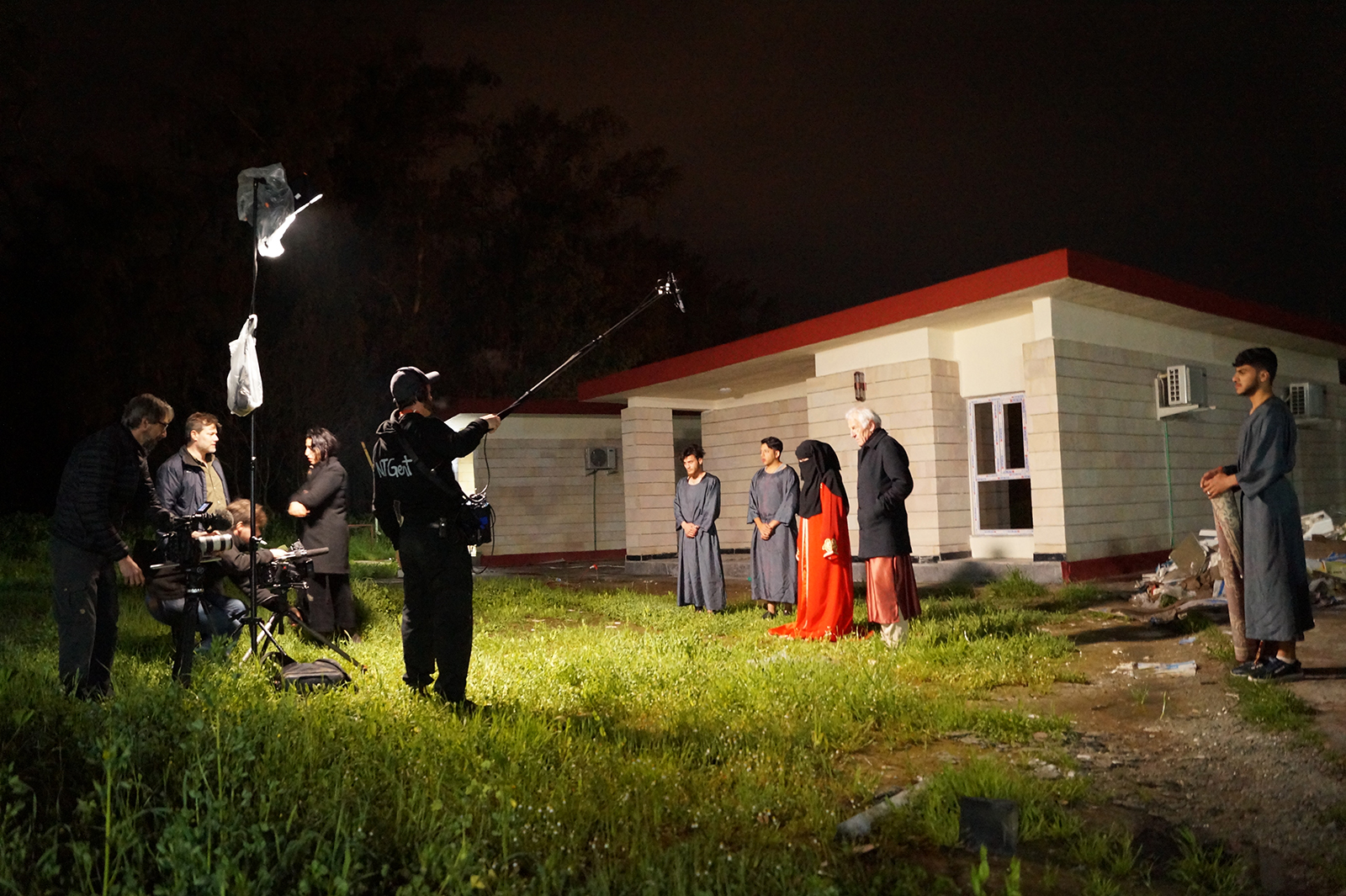 With Orestes in Mosul Milo Rau confronts the Oresteia, setting it in the context of the war against ISIS, the Syrian-Iraqi conflict and the treatment reserved for jihadi veterans. The Swiss director has set his show in the barracks of the Peshmerga fighters in Kurdistan and in the central square of Mosul – an emblematic site for having hosted the ISIS command and for being a theatre of executions. The performance, drawing on testimony and video footage, brings together militants, poets and local citizens. Hovering between reality and representation, his urgent and current theatre-tribunal reopens the discourse on violence, compassion and forgiveness.

Milo Rau – Critics called him «the most influential» (DIE ZEIT), «most awarded» (Le Soir), «most interesting» (De Standaard) or «most ambitious» (The Guardian) artist of our time: The Swiss director and author Milo Rau (born 1977), artistic director of the NTGent beginning in the season 2018/19. Rau studied sociology, German and Romance languages and literature in Paris, Berlin and Zurich under Pierre Bourdieu and Tzvetan Todorov, among others. Since 2002, he has put out over 50 plays, films, books and actions. His productions have appeared at all of the major international festivals, including the Berlin Theatertreffen, the Festival d’Avignon, the Venice Biennale Teatro, the Wiener Festwochen and the Brussels Kunstenfestivaldesarts, and have toured more than 30 countries worldwide. Rau has received many honours: the Peter-Weiss-Prize 2017, the 3sat-Prize 2017, the 2017 Saarbrucken Poetry Lectureship for Drama and, in 2016, the prestigious World Theatre Day ITI Prize, as youngest artist ever after Frank Castorf and Pina Bausch. In 2017, Milo Rau was voted “Acting Director of the Year” in the critics’ survey conducted by the Deutsche Bühne. In 2018 he received the European Theatre Prize, and most recently in 2019 he was awarded the first honorary doctorate by the Theatre Department of Lunds Universitet (Sweden). Rau is also a television critic, lecturer and a very productive writer.

A Production of NTGent & Schauspielhaus Bochum
© 2019
With the support of the Flemish government and the City of Ghent.
This performance was realised with the support granted thanks to the Belgian Tax Shelter system.