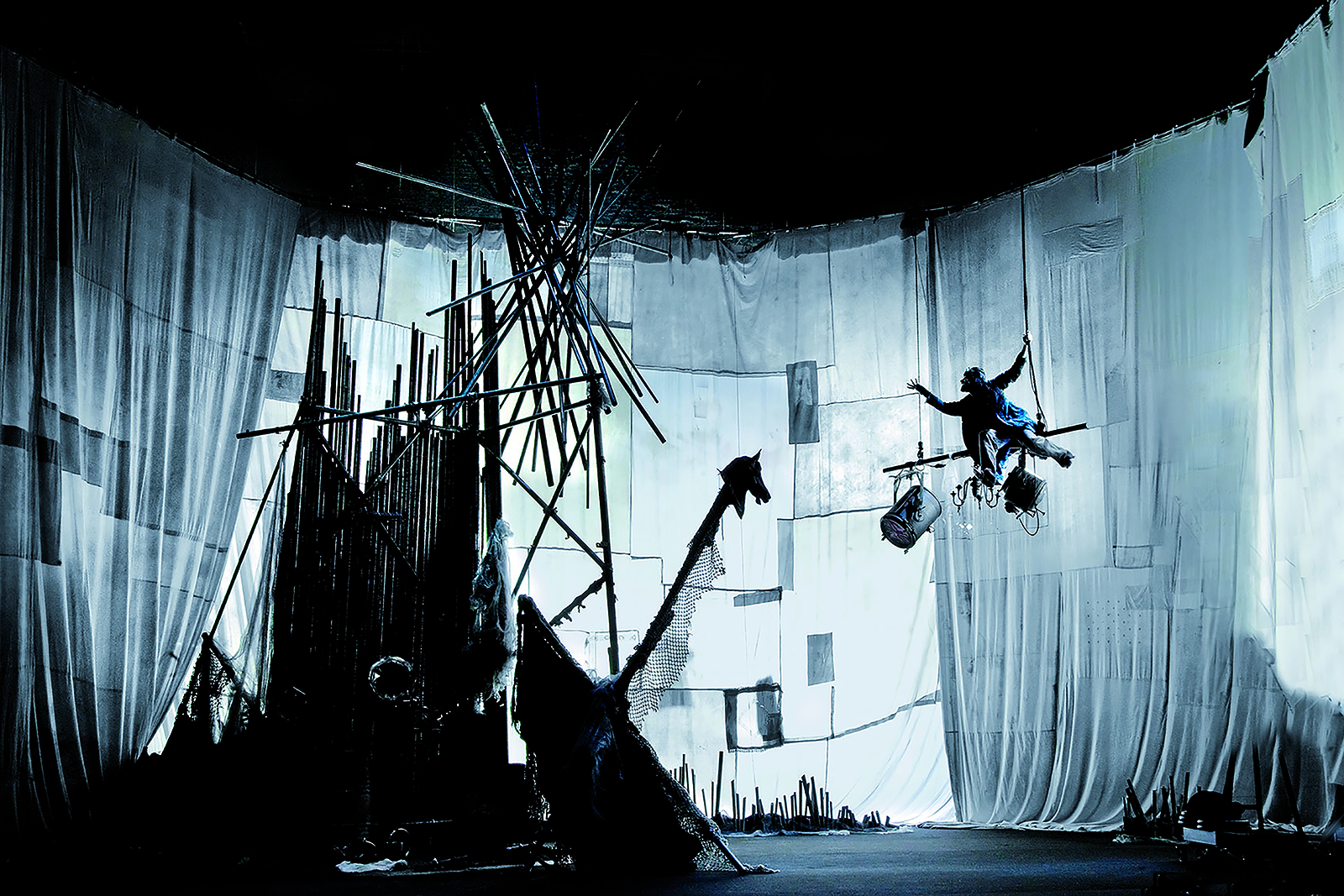 A magician of the theatrical stage, as well as an innovator of circus forms, James Thierrée is an artist capable of extracting emotions and dreams from space and matter, combining the languages of new circus, dance and theatre. Raoul immerses us into an enchanted world inhabited by talking teapots, animated clothes, jellyfish umbrellas and phantom elephants, all embued with secrets and shadows. Loneliness and our small personal existential crises appear to acquire substance and form and rise up towards the light through dance and movement.

Born in 1974 James Thierrée made his theatrical debut in Le Cirque Bonjour aged just four, followed by appearances with Le Cirque Imaginaire with whom he toured worldwide. In 1998 he established his own company choosing his childhood nickname Hanneton (Junebug) as the title for the informal ensemble: La Compagnie du Hanneton. In the same year he created his first work, The Junebug Symphony which was awarded a 4 Molière Awards and toured the world. In 2003 he directed his second work La Veillée des Abysses, then he directed and performed in Au Revoir Parapluie ,Tabac rouge, The toad knew. On 2018 he directed and performed in Frôlons at and for the Opera Garnier. In his shows he describes the human being through his nightmares, his surreal dreams, the encounters, the fears and the grotesque, funny and sometimes romantic challenges. He works also for various theatre projects with Carlos Santos, Beno Besson, Robert Wilson, Peter Greenaway and in various cinema projects directed by Coline Serreau, Aniezka Holland, Philippe de Broca,
Roland Joffe, Jacques Baratier, Jean-Pierre Limosin, Robinson Savary, Antoine De Caunes , Laurent De Bartillat, Tony Gatlif, Claude Miller, Roschdy Zem (Cesar Award 2017 for his role Footit in Chocolat), Jean François Richet. In 2009 he premiered his one-man show Raoul in Belgium followed by a tour in France and the UK. Today this powerful show is back on an international tournèe.