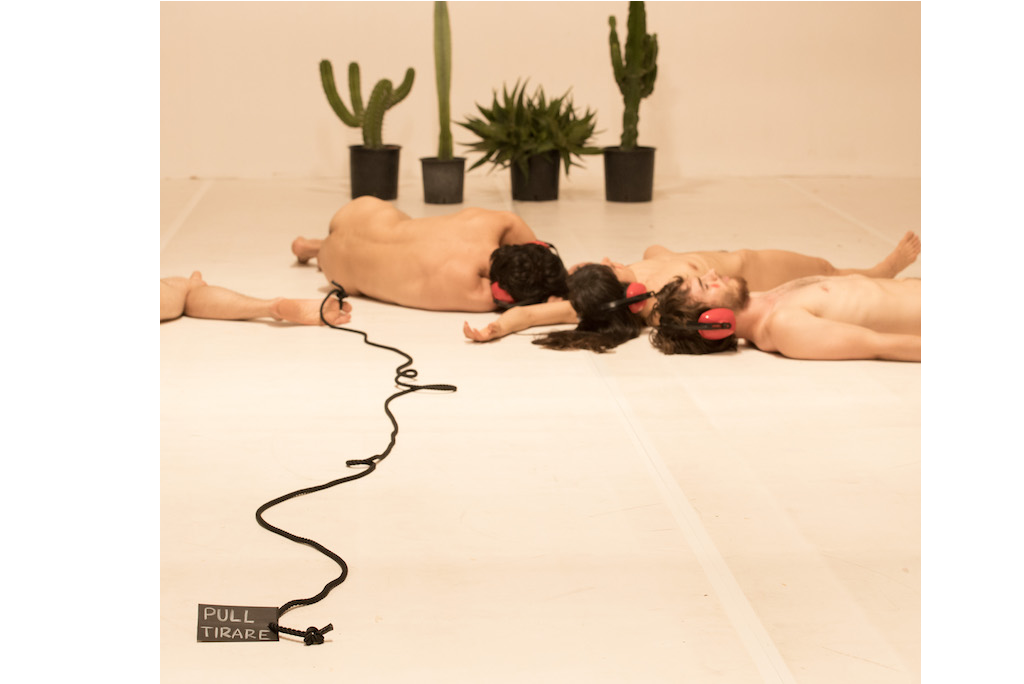 Light is the first source of energy for the bodies “planted” on the Manifesto Cannibale’s scene, the new production of the CollettivO CineticO led by Francesca Pennini. The research on time, on the game, on the set of codes and conventions that feed the performative act, which has always been characteristic of the company’s journey, here makes room for a new vegetable and vegetative dimension. Performed live, Franz Schubert’s cycle of Lieder Winterreise becomes a fundamental subject of scenic chemistry by orchestrating a perceptual ritual of body transformation, a continuous change of the flesh’state: making its own organic functions explicit, making music a body secretion, sleeping and waking up , take light, be observed, make the scenic experience tactile and, perhaps, find new forms of romance in stillness. After all, as the company would say, “Stillness is the new sexy”.

CollettivO CineticO is an experimental performing arts group founded in 2007 by the choreographer Francesca Pennini in collaboration with dramaturg Angelo Pedroni and more than 50 artists from different disciplines and backgrounds. Their work crosses genders and codes reformatting the rules of the performative event, challenging the relationship with the spectator with a rigorous yet ironic approach and shifting in the interstices between dance, theatre and visual arts. They developed devices and didactics for a broad range of bodies and spaces, from the theater stage to urban complexity, from mimetic missions in daily life to virtual spaces. CollettivO CineticO is the resident company at “Teatro Comunale Claudio Abbado” in Ferrara and member of the International Network APAP – advancing performing arts project. Until now the group created 37 productions, winning many awards: Giovani Danz’Autori Prize 2008; Rete Critica Award as Best Italian Artist 2014; Jurislav Koreni? Award as Best Young Theatre Director 2014; Danza & Danza Prize as Best Choreographer and Interpreter 2015; UBU nomination as Best Interpreter Under 35; MESS Prize 2016 at BE Festival – Birmingham; Hystrio Iceberg Award 2016; Prize of the National Association of Critics ANCT 2016. Their work has been presented in Austria, Belgium, Bosnia, Denmark, France, Germany, Greece, Italy, Netherlands, Poland, United Kingdom, Czech Republic, Serbia, Slovenia, Spain, Switzerland, Taiwan and live streaming in US and Korea.


human beings in order of age