Laughter in the Dark 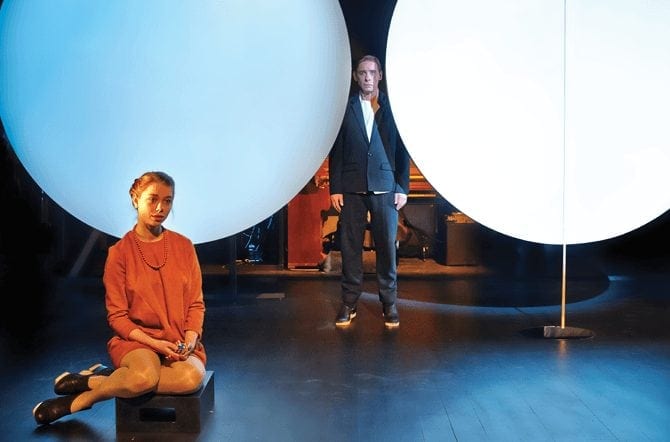 The charm of ‘Laughter in the Dark’, a scabrous and sensual novel written by Vladimir Nabokov, comes to the stage thanks to Danish performance collective Hotel Pro Forma in a performance that combines theatre, installation, visual art, and choreography. In his sixth novel, Nabokov deals for the first time with the theme that will make ‘Lolita’ famous. In ‘Laughter in the Dark’, Nabokov tells the story of Albinus, an art critic who falls in love with a young actress, Margot, and abandons his wife and daughter to move in with her. Margot returns his attentions out of self interest. From this fictional starting point, the Russian writer constructs a spiral of sensuality and intrigue that ends in tragedy. Nabokov’s novel is used by Hotel Pro Forma as a launching pad to develop a working team.  The theatrical adaptation of the novel is by Morgens Rukov, one of the founding members of Dogme 95 Manifesto and screenwriter of such films as ‘Festen’ by Thomas Vinterberg and ‘The Idiots’ by Lars von Trier. Director Kirsten Dehlholm together with Adalstein Stefansson create an alienating scenography/installation that changes according to the three acts of the story, which is narrated from different points of view and staged through cinematographic techniques and choreographies designed by Mette Ingvartsen. In Hotel Pro Forma’s multisensory theatre, the music composed and performed live by Mils Frahm plays a central role; piano and organ are used in order to suggest a gothic atmosphere, and the audience is provided with headphones to hear the sound of these instruments during the first part of the show.

Laughter in the Dark
The Mind Deceives.

Using Vladimir Nabokov’s novel Laughter in the Dark as it’s starting point, the performance is a classic tale of desire, lust, misfortune and deception. The man Albinus leaves his wife and child for a young lover, Margot. The man’s new friend, Rex, is her ex-boyfriend. A love triangle has begun. Albinus loses his sight in a car crash and is subjected to betrayal and deception until the fatal shot is heard.

The choice of a simple well-written tale with a classic plot lets us develop the visual and audio means and turn them into active co-players.
The performance is divided into three acts.

All speaks to the mind and the senses.

Romaeuropa presents ‘Laughter in the Dark’ by Hotel Pro Forma within the Theatron European Network. The performance is going to be followed and enhanced with labs, workshops, dedicated communication and promotion campaigns in order to involve new audiences -especially young ones- in an unusual way.