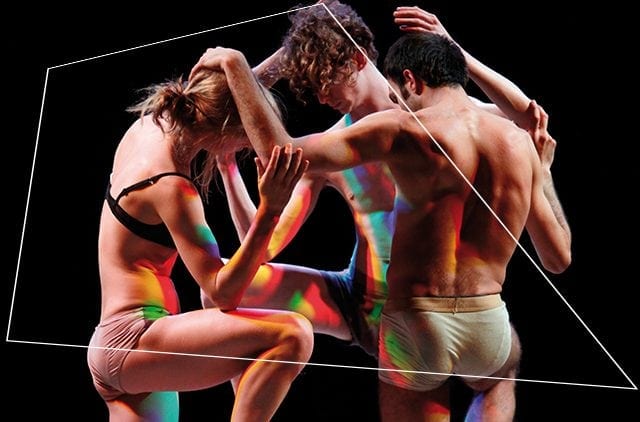 The last event in the Romaeuropa Festival focus on new Dutch dance is 3:The Garden by choreographer Nicole Beutler, offering a psychedelic reflection on the relationship between nature and culture. Inspired by the works of naturalist philosophers from the pre-Socratic school, the Bible, the reflections of the Romantics and the The Garden of Earthly Delight triptych by Hieronymus Bosch, Beutler’s garden is an Eden in which a surreal history of man is developed. Here, starting from a cosmic nothing, the scene gradually takes form in a series of kaleidoscopic evolutions that are both enchanting and exhilaratingly kitsch.

An ironic stance on the new forms of “healthy living”, from Kamasutra to the fashionable yoga, for an in-depth exploration of the border between natural and artificial. Set to the music created by DJ and composer Gary Shepherd and famous anti-pop band EinstürzendeNeubauten, the paradise of Adam and Eve soon becomes a copulating body somewhere between free love and wildlife. How natural are we as human beings in the environment that we have built for ourselves? What would happen if animals showed us they too have artistic sense?

Born in Munich, but living and working in Amsterdam, Nicole Beutler has built her entire career in a constant attempt to escape the inevitable categorization in artistic genres. 3:The Garden is a further attack on every stereotype and form of ideology.