In Spite of Wishing and Wanting Revival 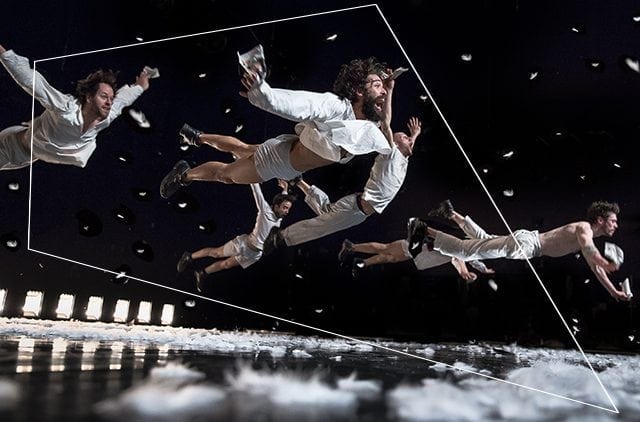 Romaeuropa Archive Festival 2016 In Spite of Wishing and Wanting Revival

On its debut in 1999, In Spite of Wishing and Wanting met with an enthusiastic welcome all over the world, earning the attention of critics and spectators interested in the languages of contemporary dance, as well as that of a new, young audience, as reported in the New York Times in 2000. The show not only confirmed the extraordinary talent of Flemish WimVadekeybus, but appeared to be an exception to the normal production of UltimaVez, the dance company founded by the choreographer and film maker in 1986 after working with Jan Fabre for two years.

The artist used an exclusively male cast to express the drive of male desire. The stage, almost completely bare for the first time, seemed like a raw nerve in which the ten impetuous, wild, ingenuous and playful performers dialogued with the music written specifically for the show by David Byrne, ex-leader of Talking Heads, and with a surreal film (The Last Words) inspired by the tale of Argentinian author Julio Cortàzar.

Set in our memories and in history as one of Vandekeybus’ most important shows, In Spite of Wishing and Wanting is back on stage at the Romaeuropa Festival with a new cast of ten young dancers asked to reinterpret the themes of desire, dreams and passion. The result is an animal-like fantasy, masterfully conducted in a blend of media and languages, in which the male element shows its fragility and harmony, dissolving every tension in an enchanting and poetic show that once again confirms Vandekeybus’ position in the Olympus of international contemporary dance.