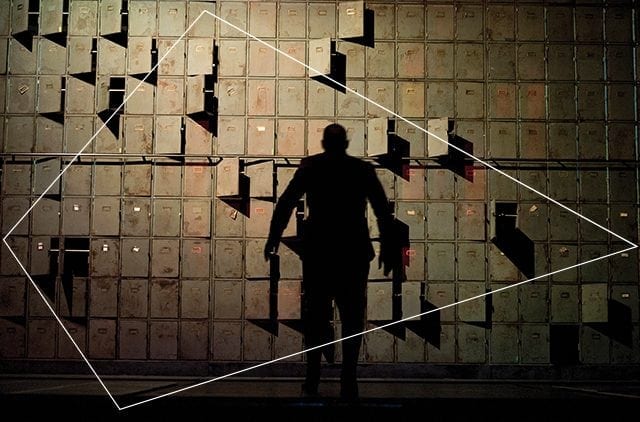 Romaeuropa Archive Festival 2016 The Kindly Ones

On the stage of The Kindly Ones, the new production by Guy Cassiers and the result of the collaboration between his Toneelhuis in Antwerp and the Amsterdam Toneelgroep directed by Ivo van Hove, you won’t find any Nazi symbols or anything that could be linked to the Holocaust.

For Le Benevole by Jonathan Littell, the director, who is one of the most innovative artists in European theatre, has chosen a staging that is more of an installation inspired by the works of Rebecca Horn and Christian Boltanski. Littell’s novel is one of the most discussed literary contributions in recent years, causing a real culture shock: not only was the Holocaust told from the point of view of the executioner, SS General MaximilienAue, but as protagonist, he lost his “monstrous” aspect and revealed the innate sadist side of human nature. The Third Reich is presented as the result of the union of ordinary citizens, marching towards total madness.

In the context of today’s uncertainty, as the political foundations of the European Union begin to tremble, Cassiers represents Aue’s story on two different levels: on one hand, the horrific dialogues on stage rapidly degenerate into the Final Solution; on the other, the video – a leitmotiv in the director’s works – leads us directly into the nightmares of the protagonist. The Kindly Ones therefore creates a short-circuit between the solidity of words, capable of contributing to constructing emargination, violence and exclusion, and the abstraction of the images, both hallucination and dream-like, which underline the possibility that this historical nightmare could be repeated anywhere in the world in any period. Maybe it could be happening right now?

Romaeuropa accompanies The Kindly Ones by Guy Cassiers with the project Domino by Dynamis: a map of different identities of the city of Rome as a part of a multi-year collaborative project co-funded by the European Union and presented by the portal: invisible-cities.eu