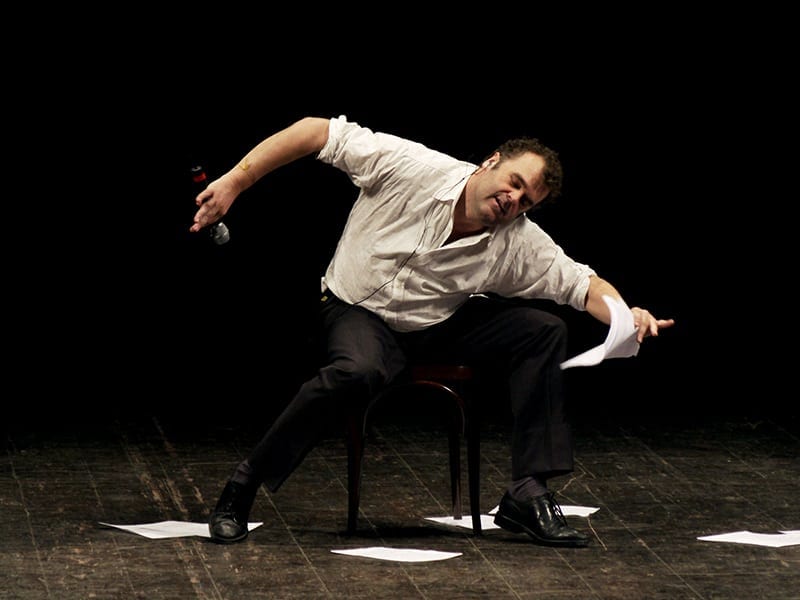 The undisputed master of the contemporary theatre scene, ever since 1987, the year of his debut on the stage, Pippo Delbono has been building a powerful figurative imagery capable of combining new forms of theatre-dance with the urgency of reality that is often without a voice, and which is now starring in a lucid and disruptive theatrical vision.

Adesso voglio musica e basta is a path through the musical world of the Italian actor and director, as well as a journey through the key points of his art and his biography. Four appointments in company of Alexander Balanescu, Petra Magoni, Enzo Avitabile and Piero Corso, and in dialogue with the highest musical expressions of all time. The central theme is love: Oedipal, familial, carnal and sentimental, between Pasolini, Rimbaud, Whitman, Eliot, Sophocles and many other cornerstones of Western literature.

From Paganini’s violin notes that become “shouts of the soul” in Balanescu’s interpretation (in Love and Flesh) to the myth of Oedipus told by the sultry voice of Petra Magoni combining everything from Peri, Caccini, Monteverdi to Lou Reed, Sinéad O’Connor and Fabrizio De André (Il Sangue); from love blasphemed, slain and reborn told in the rhythms of Neapolitan popular music reinterpreted by Enzo Avitabile (Bestemmia d’Amore), to the guitars of Piero Corso accompanying an autobiographical comparison with Bernard-Marie Koltès (Night just before the forest).