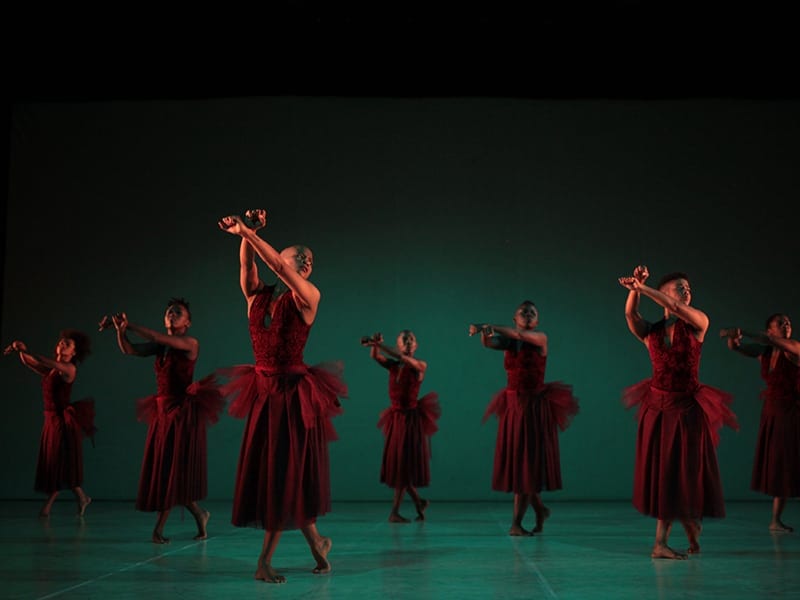 Having conquered the audience with her personal interpretations of Swan Lake (Romaeuropa 2013) and Carmen (Romaeuropa 2014), with Giselle Dada Masilo continues an artistic focus on the poetic reworking of the great narratives inherited from ballet and classical music as a means to portray the present and go directly to the heart of the audience.

11 dancers will be on stage, along with the Johannesburg dancer and choreographer herself, ready to bring a new energetic piece to life, in which the theme of forgiveness that drives the story of Giselle – who died of heartbreak after discovering that her beloved is promised to another woman – is translated into a story of betrayal, revenge, deceit and suffering.

The fiery soul of this group of female spirits will be dancing to the specially composed music by fellow countryman Philip Miller, who previously worked with Masilo in the show Refuse The Hours by William Kentridge, her first appearance at Romaeuropa in 2012. Kentridge’s drawings also set the scene for Masilo’s Giselle. Classical Western instruments, accompanied by African rhytms prepare the revenge of a very brave choreographer against violence on all women.

TBD + Masterclass @ Accademia Nazionale di Danza I AM GISELLE We suggested Dada Masilo in sharing an extract of Giselle. Everyone is allowed learn a part of the show and participate in its own way to this small yet great performance/homage to one of the most surprising choreographers of our time. Find out soon when and where
You may be interested