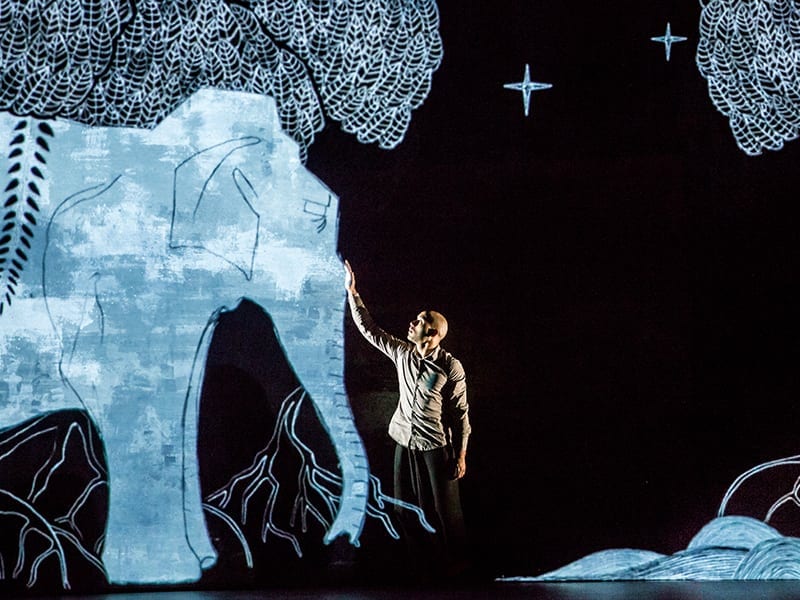 Akram Khan Company will be inaugurating the first edition of REf Kids, a series of events dedicated by Romaeuropa Festival to families and children of all ages.

Inspired by the international success of Desh, an autobiographical show with which the famous Anglo-Bangladeshi choreographer and dancer opened the festival in 2012, Chotto Desh (Small homeland) is a daydream that between dance, music, text and video animations, recounts the most delicate phases of an individual’s growth, the relationship with their parents, and the search for their own identity.

The story of a boy who dreams of becoming a dancer, that of a son who rebels against his father’s desire, the myth of a child capable of enraging the gods of the forest by stealing their honey, are interwoven on stage in the interpretation of a single young dancer who, in Khan’s unmistakable style, mixes classic Indian (Kathak) and contemporary Western dance. Dreamlike animations of huge elephants, nice crocodiles, butterfly clouds, trees, flowers and plants interact with the dancer. A fun and exciting way to grow up a little, or to rediscover what it’s like to be a child.