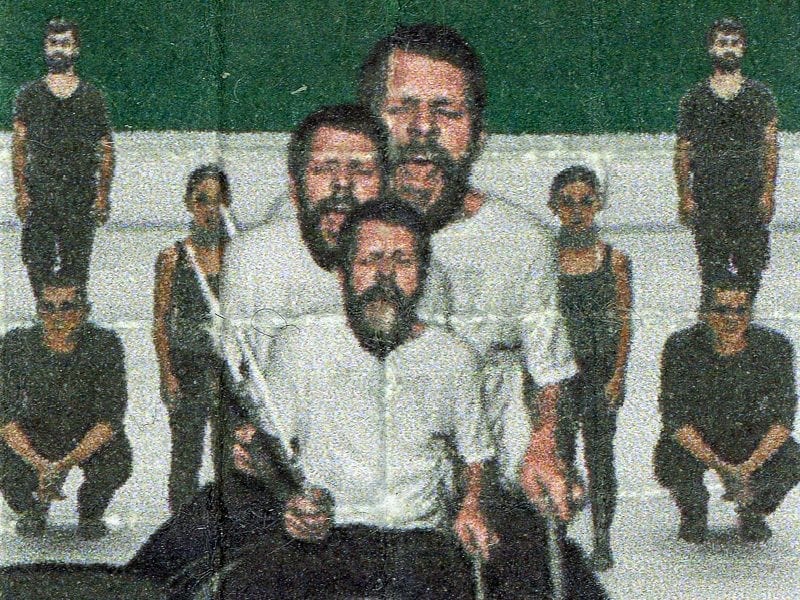 Following an appearance at Romaeuropa 2015 with ODE TO THE ATTEMPT (a solo for meself) and in 2016 with THE DOGS DAYS ARE OVER, Jan Martens is returning to the festival with his new creation RULE OF THREE. While his fiery career to date has shown that the Belgian choreographer is not particularly interested in linear or rigidly planned forays within art genres, RULE OF THREE confirms this vocation for indiscipline.

«Of all my work, this is what will make you want to dance most», Martens said. In fact, the show is the result of collaboration with American producer and drummer NAH, whose compositions range from punk to hardcore, from avant-jazz to hip hop. Performed live, music becomes the driver of a pièce based on the contrast between abstraction and narrative, stasis and explosion, heart and reason.

Halfway between a dance show, a concert and a collection of short stories, RULE OF THREE asks the spectator to investigate the scene as if it were a Facebook page on which happy posts alternate with depressing stories, videos of kittens and terrible news. In the background are the vibrations of a hardcore nightclub.