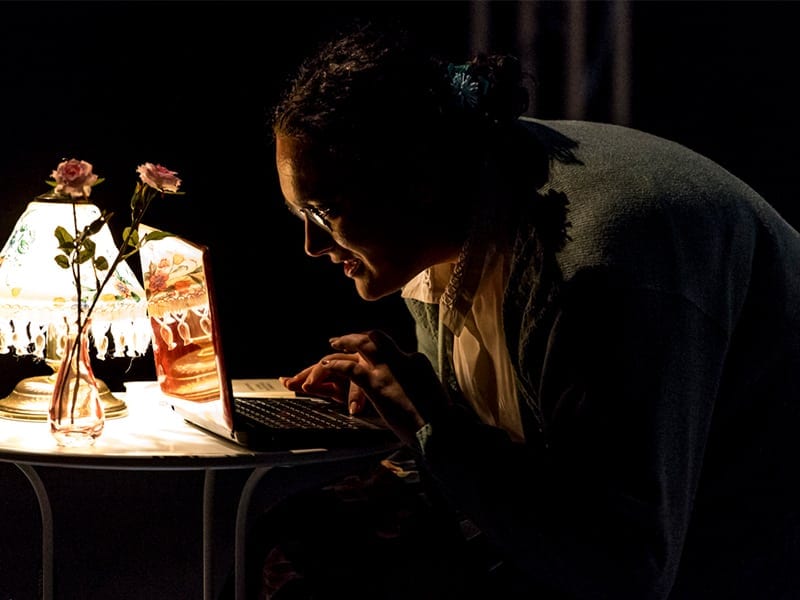 After receiving the Premio Scenario Infanzia 2014 award for Fa’afafine – mi chiamo Alex e sono un dinosauro, Giuliano Scarpinato is back on stage with a policed and (this time ) pitiless analysis of adolescence.

Se non sporca il mio pavimento is inspired by the murder of Gloria Rosboch, a 49 year old teacher who disappeared in Castellamonte (Ivrea) on 13 January 2016. Sometime later she was found dead, strangled from by her former student Gabriel Defilippi and his lover and accomplice Roberto Obert. A middle-aged woman-child who lives at home with her elderly parents, a teenager with 12 different Facebook identities who is able to manipulate anyone he comes across, and a 54 year old hairdresser with an easily-influenced personality are the stars of the show.

The characters are midway between reality and fiction, and Scarpinato delves tirelessly into their personalities in order to reach their deepest roots. The story is overlaid by the myth of Echo and Narcissus, narrated in Ovid’s Metamorphoses: an unexpected short circuit, an unreal limbo where personalities fade and bodies and spaces overlap. Against the backdrop of this cutting critique is an admirable dialogue by Heiner Muller entitled Pezzo di Cuore, which lends the show a form of time, pace or simple allusion.

TBA + Vis à Vis with Giuliano Scarpinato
You may be interested