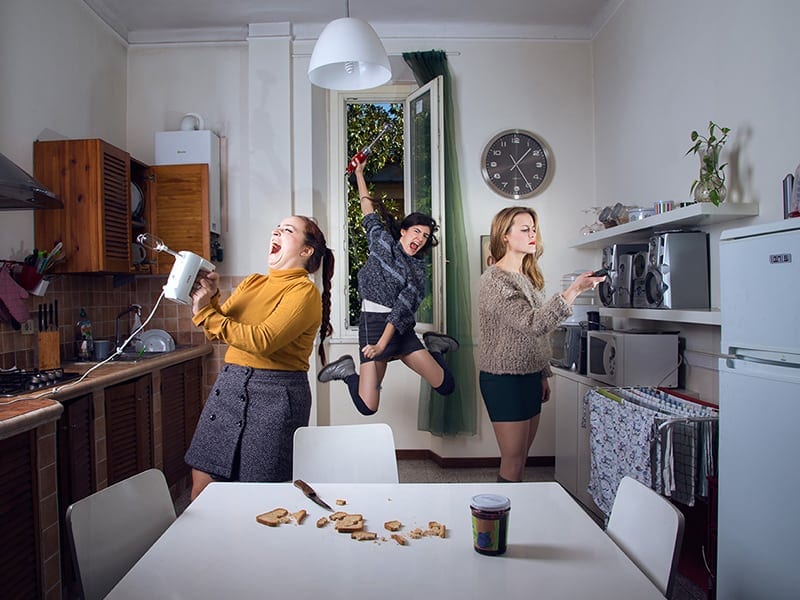 Founded by Dante Antonelli as an encounter between artists, dancers, actors and authors, the Schlab company (as the name suggests) focuses its theatrical study on the work of Werner Schwab. The “cursed” writer and performer who died aged 35 left behind some deeply ferocious texts, steeped in irony and irreverence, and inhabited by images of decay, violence and human degradation.

The Drammi Fecali drama is the focus of a project on “pedagogy and scenic creation” in three stages, which brought the young director and his group to national attention. This trilogy, which has won several awards, will be arriving at the Romaeuropa festival for Anni Luce in its full version, grouping together Fäk Fek Fik – the three young people, Duet – Quanti siamo davvero quando siamo noi due? and SSKK Santo Subito + Kova Kova.

For Antonelli, Schwab and his theatre become a tool and a pretext for taking pictures of the present, the intimacy of a microcosm consisting of additions to minority groups, subcultures, noises and broken messages. As a backdrop to this plunge into reality is the macrocosm of an EU that is crumbling daily before our eyes, ready for total desertification.