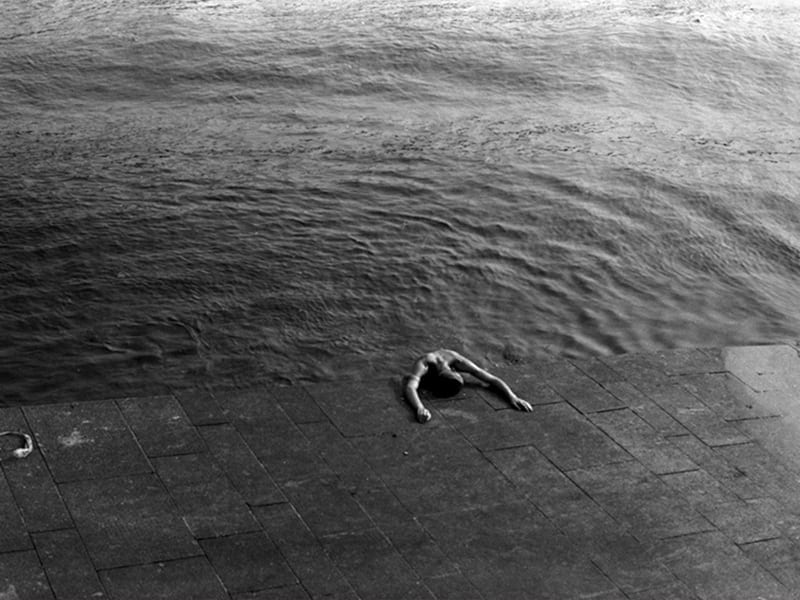 Born from the encounter between actor Andrea Trapani and director Francesca Macrì, over the course of more than ten years the Biancofango company has investigated and developed new dramatic arts and forms of stage writing. From In punta di piedi to Porcomondo, the pair has become known for their narrative skills and for having struck a balance between body and text, writing and performing.

Io non ho mani che mi accarezzino il viso was inspired by a question put to the three actors on the stage (Federica Santoro, Aida Talliene and Trapani himself): “Which character from a play is fragile in a way that you relate to? Whose words you could say, too, as a person and not as an actor?” In response to this question, Santa Giovanna dei Macelli by Brecht, Woyzeck by Büchner, and Arkadina by Chekhov are the protagonists in a Pirandello-style show in which characters, actors and people overlay each other in no particular order.

Three types of solitude that meet, three types of fragility placed in an imaginary dialogue which is always balancing precariously between reality and fiction. To the point of not knowing where the theatre ends and where life begins.

TBA + Vis à Vis with Biancofango
You may be interested