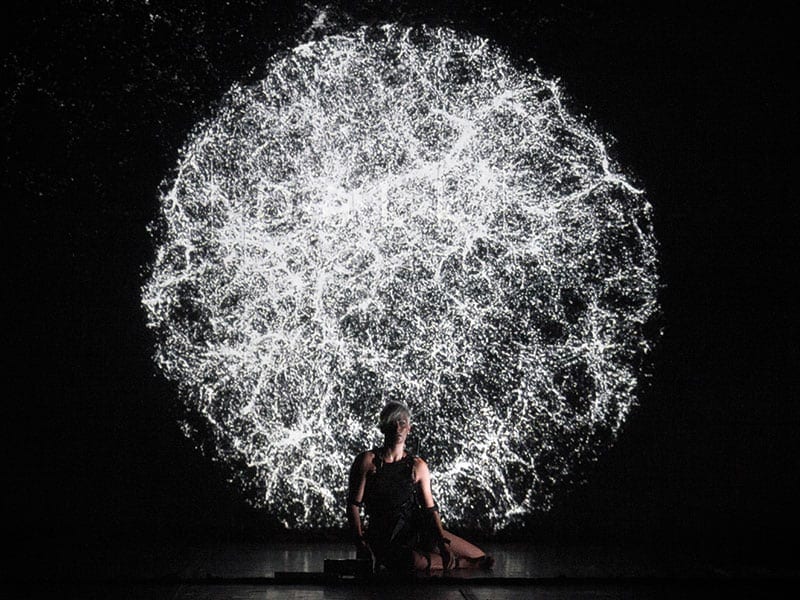 The Italian studio founded in 2007 by Luca Camellini and Mattia Carretti, fuse* is not just a group of creative minds, but an ensemble of researchers and media artists involved in the production of performances and installations, as well as in the creation of multimedia experiences, software and technological platforms and in the intersection between virtuality and architecture.

After presenting Ljós as part of REf16, fuse* returns with Dökk, a new journey into the unconscious where worlds and universes are born and dissolve, aimed at the constant search for a balance between light and dark.

Dökk – the Icelandic work for ‘Darkness’ – is, not surprisingly, the title given to this performance constructed via a circular narration capable of transforming the stage into a place of the mind in which spatial-temporal coordinates are lost, only for reality to be reconstructed according to one’s imagination.