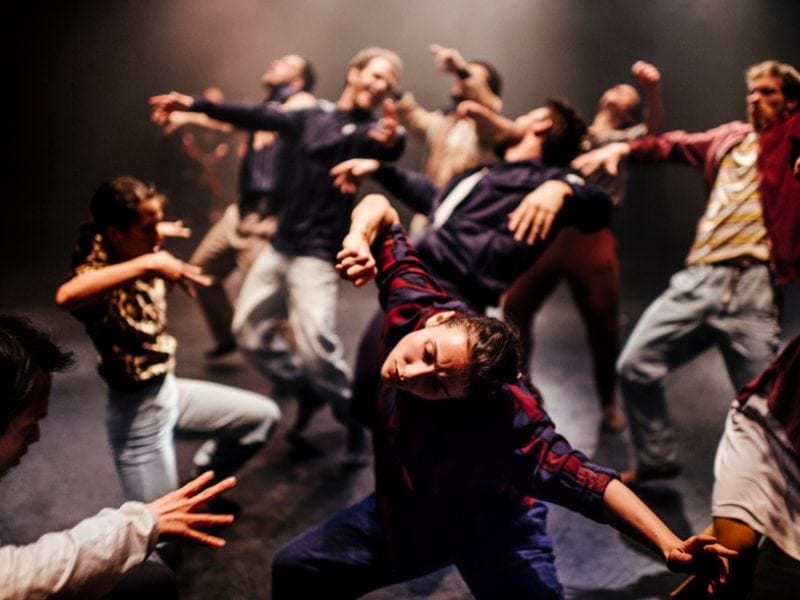 «A wild waltz for the end of time», as defined by The Guardian, Grand Finale is Hofesh Shechter’s hotly anticipated return to Romaeuropa Festival. Internationally celebrated choreographer presents a work that both looks back and breaks new ground, through his distinctive and exhilarating brand of dance, theatre and music-gig combined.

Grand Finale is at once comic, bleak and beautiful, evoking a world in freefall, full of anarchic energy and violent comedy. Performed by a ten-strong tribe of dancers and accompanied by a live band of 6 musicians, Shechter’s pulsating score is combined with a richly theatrical set by Tom Scutt in this bold and ambitious new work.

Dancing on the edge of the world to the sound of the apocalypse might sound dystopic, but with the sense of black humour which is the choreographer’s signature, it hides a light and confident optimism. It is Shechter’s talent, to analyse and both exorcise today’s demons at the same time.