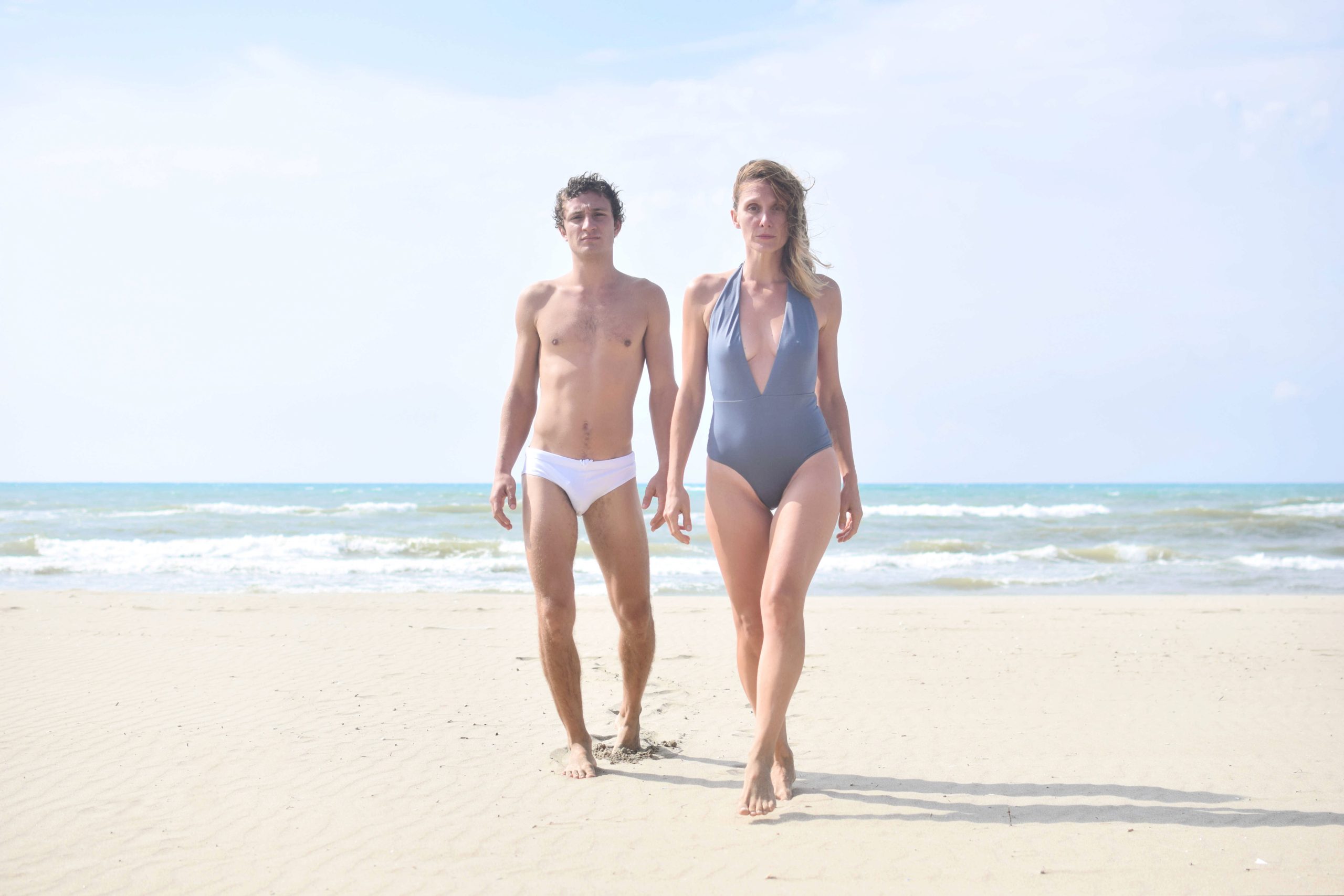 The second chapter dedicated to the literary production by Yukio Mishima makes its world premiere at the REf21, directed by Dante Antonelli. At the heart of Atto di Passione are the most controversial and erotic novels by the Japanese author: The School of Meat, The Frolic of the Beasts and Forbidden Colors.
But, far from staging the novels, Antonelli seems instead to distill Mishima’s spirit to give life to his very own stage artistry. The story he presents to us is that of a woman over forty, a successful writer, a radical lesbian and a young boy, less than half his age, who hustles old men in life, whom you don’t necessarily perceive as homosexual- and perhaps he is not.
A beach becomes the scene where the stages of their journey to discovery and repulsion develop: the pain of absence, the enthusiasm of return, the anger of too many disappointments, the arising of the need for possession, the fatal strategies of a relationship between two people which, for both, will mean a total inversion of their lives. Around them, the sea (an element dear to Mishima) acts as a natural barrier and provides the exile and refuge necessary for intimate fulfillment away from
a common path.