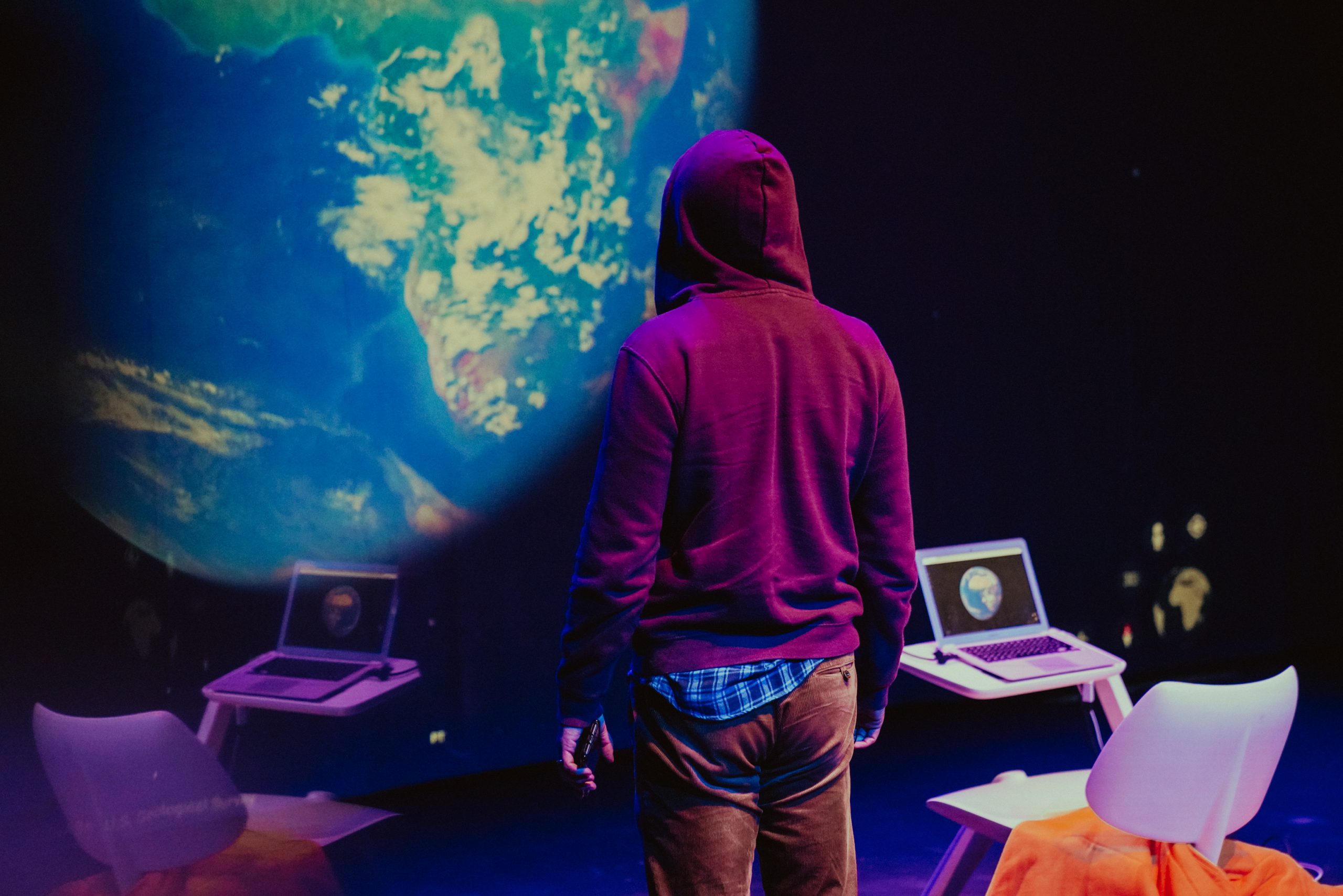 Designed for a series of lectures-performances curated by Argentine playwright and director Lola Arias for Teatro Praga, Doing It and Floral Arrangement explore some personal aspects, in a very different way, of the life of director and actor Pedro Penim and dancer Filipe Pereira.

Doing It is the confession of a secret passion, an innocent and dark addiction that Pedro had never confessed to anyone: his obsessive online research and cataloging information of several uninhabited and / or remote islands on the internet. Starting from this “secret” the director leads us into a discourse studded with clues on the nature of our interest in isolation, evasion and demarcation of space and questions us about our obsessions.What do we secretly watch on our computers when there no one is there to witness?

PEDRO PENIM is one of the artistic directors of Teatro Praga collective. His work as a director and actor also extends to writing, conferences, translation and teaching and has been presented throughout the Portuguese territory as well as in France, Italy, Brazil, the United Kingdom, China, Germany, Spain, Slovakia, Turkey, Israel, Slovenia, Norway and Hungary. Recently, his play “Antes / Before” served as a script for the film “Past Perfect” by Jorge Ja?come, integrated in the official selection of Berlinale 2019. Outside Teatro Praga he worked with the British company Forced Entertainment (Quizoola!, 2014), the Belgian company tg STAN (Point Blank, 1998), Ant Hampton and Tim Etchells (The Quiet Volume, 2012) and Nassim Suleimanpour (White Rabbit, Red Rabbit, 2019).

DOING IT + FLORAL ARRANGEMENT are projects created within the Portuguese edition of the cycle Mis Documentos by Lola Arias at Teatro do Bairro Alto – TBA, Lisbon – February 2020.