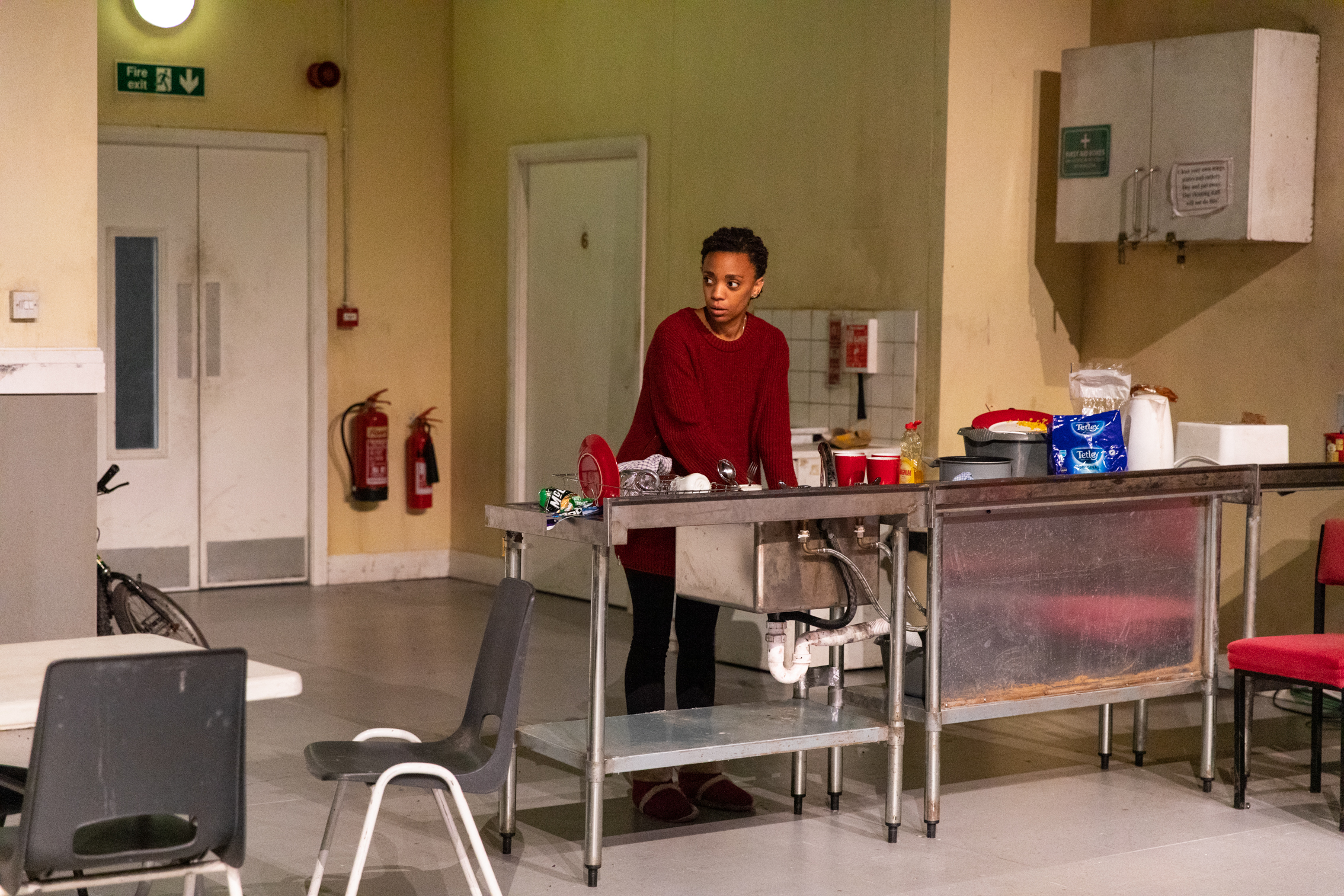 In the run up to Christmas, three families are placed into cramped temporary accommodation.
A middle-aged man and his elderly mum, a young family with a baby on the way, a newly arrived woman from Sudan. Strangers. Forced together. No space is personal.
In this new play written and directed by Alexander Zeldin, the audience are invited to bear witness to an intimate story of family love for our times.

With the support of The Polonsky Foundation