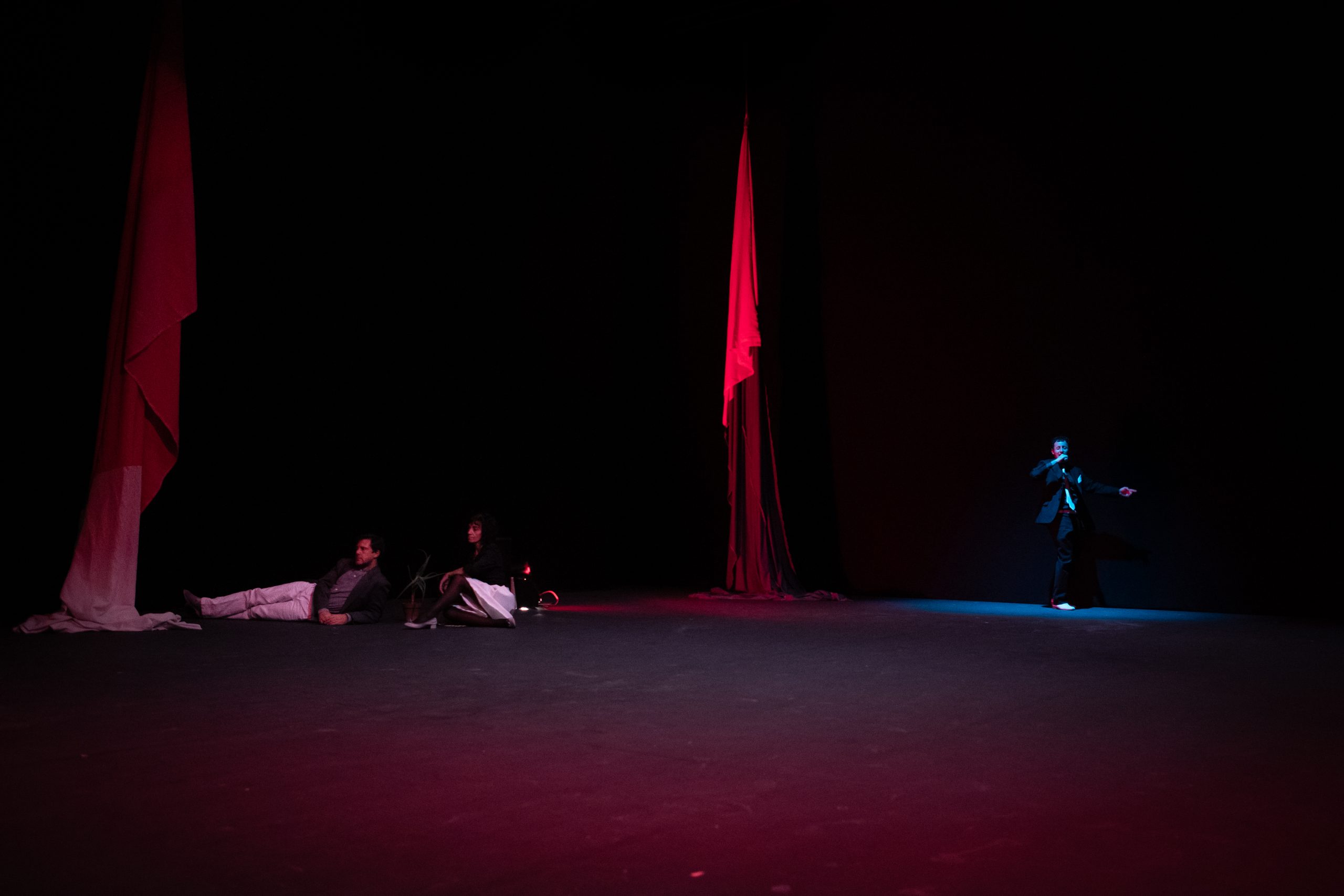 1789. The French Revolution impacts and changes the whole of Europe, laying the foundations for the world in which we live.

But what remains of it 230 years later? Elvira Frosini and Daniele Timpano, side by side for the first time under the staging of Marco Cavalcoli, return to the REf with their sharp and mercilessly ironic writing, ready, once again, to reveal and umask the Western cultural apparatus with all its symbols and rhetoric, ultimately reaching the core of its founding myths. Past and present, French and Italian history, modernity and post-modernity overlap on stage in a trajectory aimed at undermining the perception of our “democratic” lives and the imaginary concept of revolution.

Is a revolution still possible? And, if so, in what way? Or is it all about an old, twentieth-century concept, that has ended at another moment in time and History?


Drammaturgy and Directed by: Elvira Frosini and Daniele Timpano

Assistant to the Directors and artistic collaboration Francesca Blancato

Concept of the manifesto: Valentina Pastorino

Thanks to: Compagnie du Kaïros – France

In collaboration with
Teatro di Roma