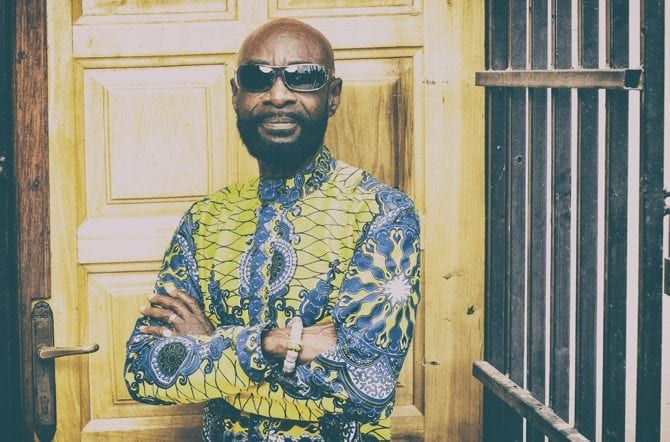 Pat Thomas, known in his home country as the Golden Voice of Africa, opens this new edition of Afropolitan, an event organized by Romaeuropa Festival in collaboration with Afrodisia. Thomas is a leading figure in that generation of musicians who helped raise the global profile of ‘highlife’ during the Sixties and Seventies. This musical genre originated in Ghana in the early Fifties, blending traditional rhythms with Caribbean music using Western instruments. During the colonial period, it became associated with the local African aristocracy which sought to imitate the grandeur of the Anglo-American dance bands, but decidedly on its own terms. At the very beginning of his career, Thomas met Ebo Taylor, another star in the highlife firmament. As Thomas stated, their encounter was of paramount importance: «Highlife was our music and what people like Ebo and I wanted was to modernize it, make it more suited to our times, more funky». They started to blend traditional rhythms and new guitar and vocal arrangements combined with the sounds of afrobeat and afro-disco. Pat Thomas’ new studio album marks over 50 years of making music, reexamining this important cultural journey and projecting it towards the future. The album has been produced by Strut, a leading London-based record label, and reunites the Kwashibu Area Band, a group made up of multi-instrumentalist Kwame Yeboah -who worked with Cat Stevens- and Berlin-based saxophonist Ben Abarbanel-Wolff, long-time associate of Ebo Taylor. In fact it’s worth noting that the Kwashibu Area Band is based in Germany, the European country that has had the strongest impact on the band. Roman audiences will be treated to a large ensemble of musicians, which includes members of the new generation in African music as well as Thomas’ long-time collaborators. It is a walk through musical history, but one where tradition is flanked by innovation.