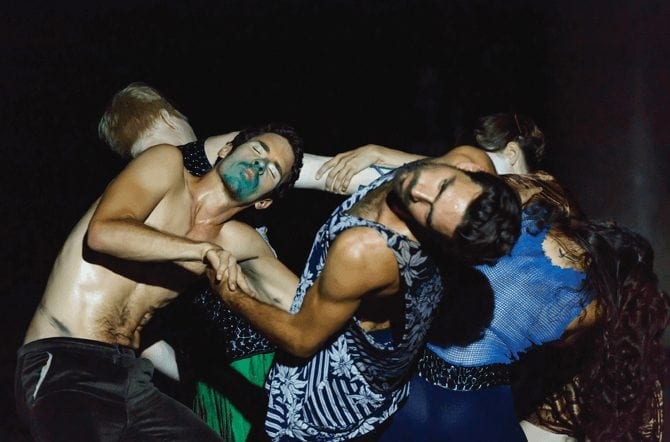 Albert Quesada is a Spanish choreographer who has been working in Belgium for some years. He is a dedicated researcher, fascinated by music and its structures. Romaeuropa is proud to present the Italian première of his new work ‘Wagner & Ligeti’ (2014), a piece about music and its meaning. Albert Quesada, together with his dancers, explores the structures, repetitions, and temporal interplays of orchestral music. He analyses how sounds come to embody and communicate ideas. However, he also explores the way in which organized silence in music evokes images, and turns those images into thought. In turn, he asks how our thought structures, our perception of music, and our own knowledge regarding a piece enrich our experience of it. The dancers will guide the audience through an exploration of two pieces: Wagner’s Tannhauser Overture, one of the clearest pieces of ‘narrative’ instrumental music in the Western canon, and György Ligeti’s ‘Lontano’, which seeks to undo the very notion of musical hierarchy, presenting a 12-tone orchestral arrangement. The confrontation of these seemingly radically different pieces, triggers a chimerical process by which the neutral phenomena ‘sound’ and ‘movement’ become ‘music’ and ‘dance’. Albert Quesada developed an interest in the relationship between dance and music during his dance training at P.A.R.T.S with Anne Teresa De Keersmaeker (2004-2008) and even before, while he was studying Philosophy and Multimedia Engineering in Barcelona. His fascination for the use of voice in relation to the body is due to his education and training and is evident in ‘Wagner & Ligeti’, a show that blends two scores, voice emissions on stage, live excerpts of Ligeti’s rehearsal, and silence.