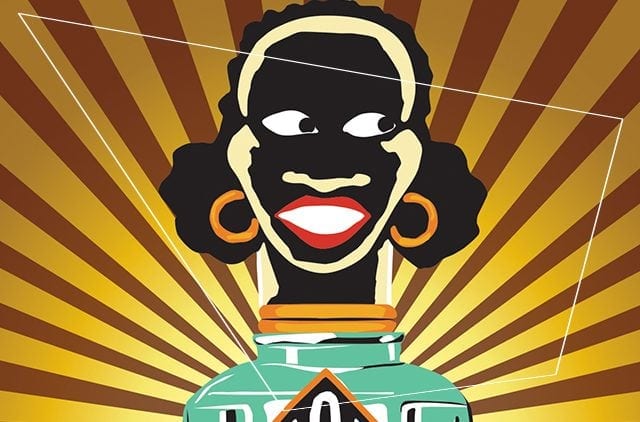 Elvira Frosini and Daniele Timpano return to the Romaeuropa Festival with their caustic and irreverent theatre. After Dux in scatola and Aldo Morto, Acqua di Colonia deals with the theme of Italian colonialism, challenging the dominant ideology with stage-writing capable of describing the present by plunging roots into the historical fabric of Italian society.

Italian colonialism began in the 19th century and continued for more than 60 years, although commonly believed only to have lasted the five years under Fascist government. A series of buried events still affect the way we see the world today, insinuating themselves in sayings, figures of speech, songs, literature and even comic books and cartoons.

How did we and do we continue to represent Africa? Somalia, Libya, Eritrea and Ethiopia, our ex-colonies, are just a mass of oases, all the same, scattered over a huge desert? How can we relate to the strangers knocking on Europe’s doors if we know so little about them? Starting with the much-abused and misunderstood myth of a Pier Paolo Pasolini “à la mode”, Frosini/Timpano flood the stage with historical facts, documents and contemporary myths, shattering the (already fragile) utopia of a post-racial society.

Just as during colonialism, Italians saw Africa as just a concept, or a pure abstraction, today the duo tells us that: “The refugees, the immigrants, who we see around us, on the bus, on the street, are abstract, images, bodies, unreal realities: we can’t manage to justify them in our present”. The after-effects of colonialism appear to us: “Like an old, incomprehensible nightmare coming back, crushing us like a millstone”.


A show by Frosini / Timpano