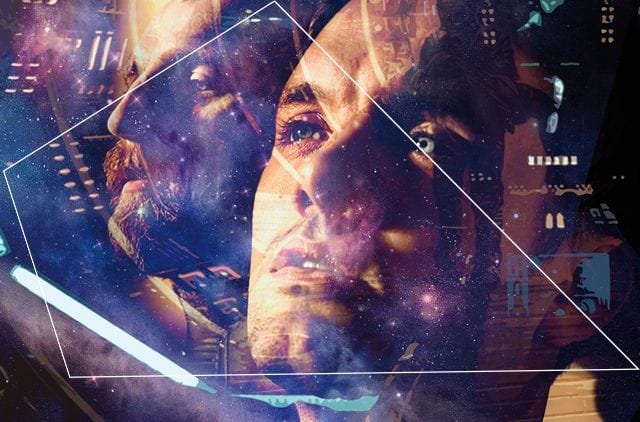 Take one of the cult science fiction films like Solaris by Andrej Tarkovskij, in turn based on the novel by the same name by Stanislaw Lem, and add three giants of electronic and contemporary musical experimentation. The result is the audio-visual journey of Music for Solaris.

Presented at the Unsound Festival, and debuting in Rome at the Romaeuropa Festival in coproduction with the Accademia Nazionale di Santa Cecilia, the project was created as part of the Mentor and Protégé Arts Initiative sponsored by Rolex and within the Icelandic Bedroom Community. Here, the project involved Ben Frost, a daring experimenter of electronic sounds capable of ranging from classic minimalism to punk rock and post-industrial; Brian Eno, the undisputed father of ambient music and one of the most important figures in the contemporary music scene, and Daniel Bjarnason, a versatile orchestral composer who has collaborated not only with ensembles from all over the world but also with artists of the calibre of SigurRós.

In the hands of this crew the journey of psychologist Kris Kelvin, the protagonist of Solaris, becomes an investigation of the human psyche, almost as if to underline Tarkovskij’s intention to eliminate the typical features of science fiction from his film in order to create a familiar landscape that would be immediately recognisable to spectators.

The musical performance by Frost (electric guitar and laptop), Bjarnason (orchestra conduction and prepared piano) and, for the occasion, the Orchestra dell’AccademiaNazionale di Santa Cecilia, proceeds in parallel to the videos by Brian Eno and Nick Robertson, using images taken from the film with the faces of the actors removed or distorted in abstract colours. The show invites us to listen to our inner selves because, as the title of the first piece of Music for Solaris tells us: We Don’t Need Other Worlds, We Need Mirrors.