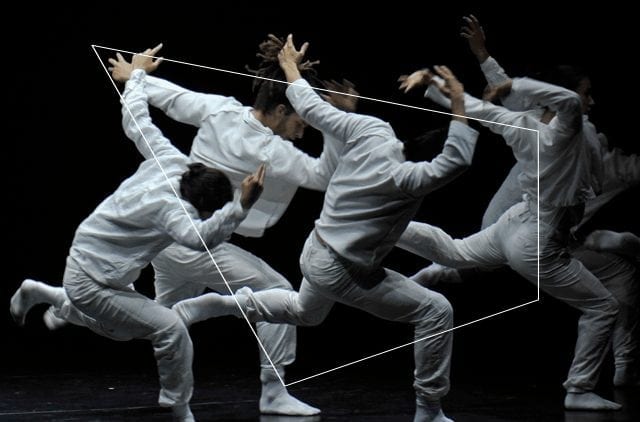 «I am a 40 year old man looking for a thrill», recites the off-stage voice of Hofesh Schechter in the first pièce of his new show, Barbarians. And in fact, the work by this British choreographer of Israeli origin – who has already attended Romaeuropa with In your Rooms, Political Mother and Sun – seems to want to overwhelm the spectator’s senses.

Disorientating changes of scene, a soundtrack between classical and electronic music that literally shakes the audience, a cutting use of lights and group choreography with frantic, hammering rhythms are the elements that have made his company famous all over the world. Schechter constructs his aesthetic concept starting from a blend of Middle Eastern folk dance – also cultivated with Ohad Naharin’s Batsheva Dance Company – and North European dance, adding anthropological, psychological and political reflections in a visionary and dream-like setting.

Presented for the opening of the 31st Romaeuropa Festival, Barbarians is an exploration of the themes of intimacy, passion and the banality of love: from the clashing, electronic voice of the first part, The Barbarians in love, written for six dancers and set to music by François Couperin, entirely focussed on the relationship between instinct, cultural values and Shechter’s own personal life, to the following pièce tHE bAD, which uses dub step rhythms with heavy percussion to let the tribal aspects of the first choreography to explode into a dance for 5 dancers clothed in gold.

The work closes with Two completely different angles of the same fucking thing, created by Shechter together with ex-choreographers for the Bruno Guillore company, Winifred Burnet-Smith and Hannah Shepherd.

Romaeuropa presents barbarians by Hofesh Shechter within the Theatron European Network. The performance is going to be followed and enhanced with labs, workshops, dedicated communication and promotion campaigns in order to involve new audiences -especially young ones- in an unusual way.

Part I: the barbarians in love