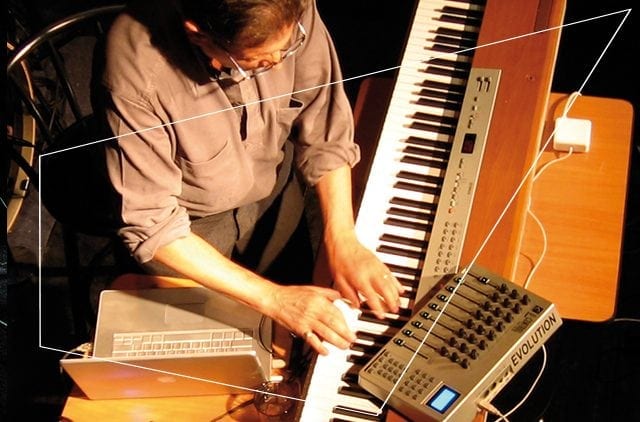 Born in the US but Roman by adoption, Alvin Curran is a leading figure in the contemporary music scene. A student of Elliot Carter and co-founder together with Frederic Rzewksi, Allan Bryant and Richard Teitelbaum from the Roman music group MusicaElettronica Viva, Curran has been one of the main figures in the Rome and international cultural and artistic scene since the early 1970s thanks to his endless curiosity and career full of interesting encounters: from Franco Evangelisti’s improvisation group Nuova Consonanza to his friendship with Bruno Maderna and GiacintoScelsi, from Harold Bradley’s Folkstudio to the avant-garde shows of Beat’72.

For the 31st edition of the Romaeuropa Festival he will be bringing his Endangered Species or The Alvin Curran Fakebook to the stage set up at Villa Medici: an atypical autobiography in the form of a musical composition.

Between experimentation and irony, Curran reviews nearly 50 years of his own music, creating an authentic anthology of “genuine unpopular music”. Autobiography and fake therefore have a double meaning: on one hand, the popular social network, on the other an assembly of separate pieces. The show brings together more than 200 works including fragments, itineraries, complete compositions, various sound materials, all offered to the listener in their nakedness and intimacy. The result is almost an audio version of the DNA of this extraordinary artist.