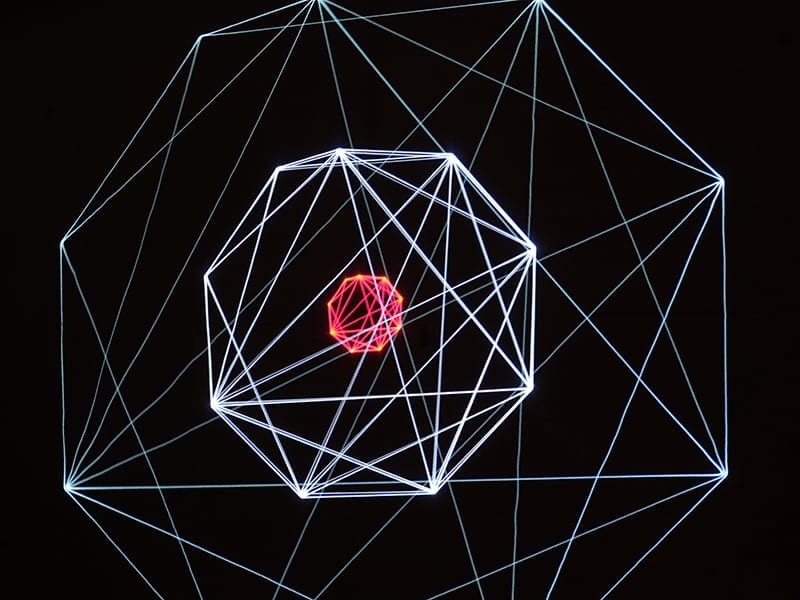 Lumière III is using high precision lasers to draw rapid successions of abstract shapes on a screen, in perfect synchronisation with sound. Intense light is contrasted with complete darkness, slow movements and evolutions of tiny details are as important as strong and wild gestures. The result is both archaic and futuristic at the same time.

Fog plays also an important role, it makes the laser beams visible and creates a three-dimensional sculpture connecting the screen and the lasers with the auditorium. Lumière III is entirely based on software written by the artist.